Thousands dedicated Justin Bieber fans have flocked to YouTube to watch the teen superstar down a pint of milk, after he kicked off a new celebrity competition this week. 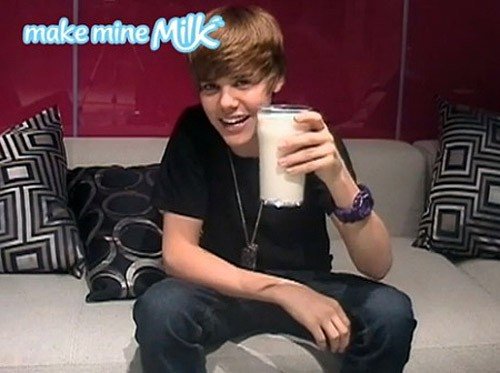 The Baby singer launched the ‘make mine Milk’ Challenge – which pits well known faces against each other in a milk drinking contest – on Thursday, and his loyal army of followers headed in their droves to see how he got on. 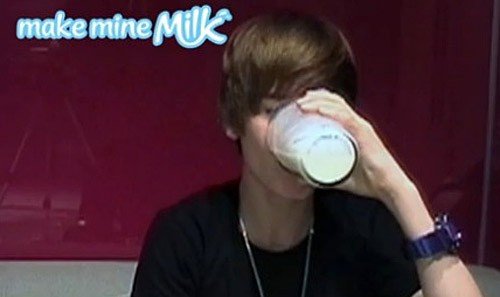 Justin, who posted a time of 26.03 seconds, is the first in a series of big names to be unveiled in the challenge. Meanwhile, X Factor runner up Olly Murs gave away his involvement in the project live on London’s Capital FM when he boasted of beating Bieber’s time.