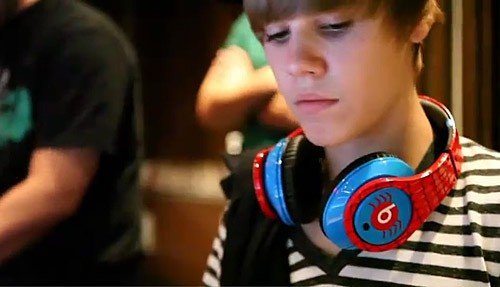 Justin Bieber’s bizarre, bold and sometimes bratty behavior lately has everyone patiently waiting for a full-scale Charlie Sheen-style meltdown, but when you really consider Justin’s situation, you can’t blame him for his erratic behavior.

He just went through a public breakup, hardly anything he does is private, and he has to think about the lifestyles and financial well-being of his entire family and the hundreds of people he employs.

That’s A LOT of pressure for a 19-year-old kid. If he decides to quit, hundreds of dancers, crew members, lighting designers, drivers, musicians, and bodyguards lose their jobs.

Not to mention, he supports his parents and brothers and sisters. Last we checked, Pattie Mallette’s “job” is being Bieber’s mother.

“In the case of Justin Bieber, he is on this world tour right now. He has so much pressure to succeed, not only for himself and for his own identity, performance, ego… but there are people that work for him and people depending on him. He needs to be a success for his crew and for his staff.

That pressure can be overwhelming. It can certainly contribute to stress,” psychiatrist Helen M. Farrell MD told Hollyscoop.

Helen M. Farrell, who is not Justin Bieber’s personal physician, explained to us that under extreme forms of stress, people will start to follow their unconscious and instinctive thoughts which appear erratic and unpredictable, this helps explain the paparazzi outburst, and shirtless wandering, and outlandish clothing.

“It happens to all of us in times of stress. When people are under constant stress and especially celebrities where that stress is compounded, where it is constant, where it is amplified…people start to regress and act out erratically,” says Helen.