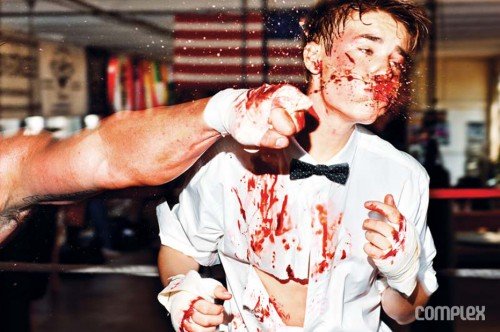 These extraordinary images of Justin Bieber on the ring, were taken by Dublin born, top fashion photographer Tony Kelly, for Complex magazine. 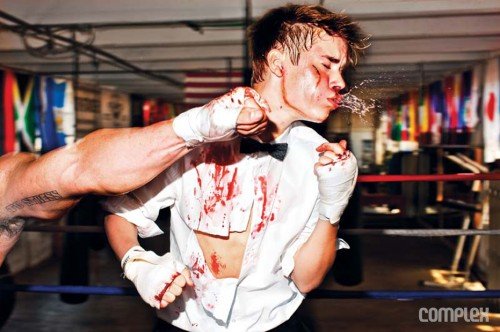 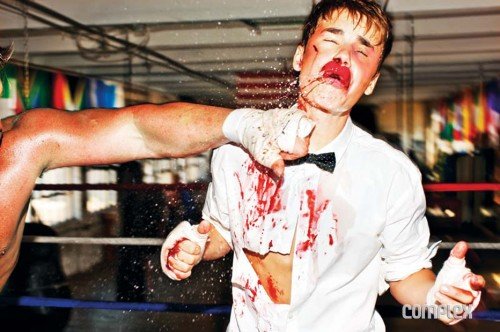 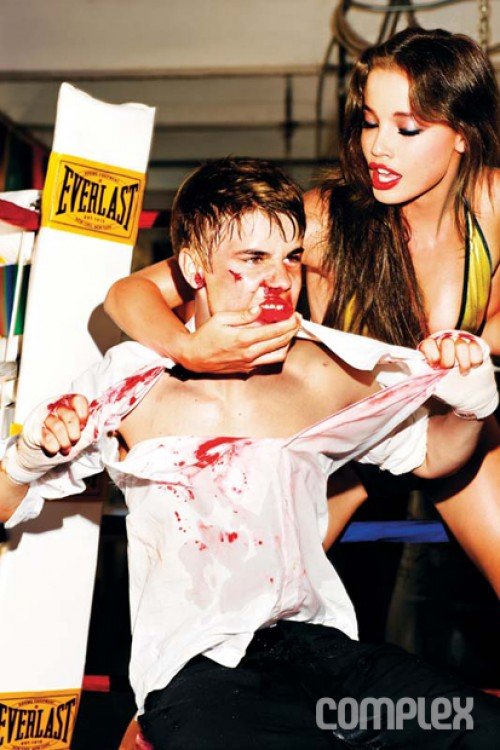 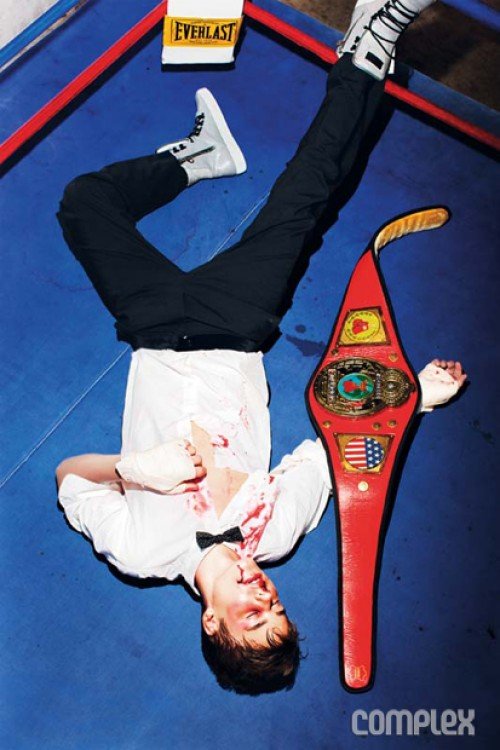 Written by Joe La Puma – Photography by Tony Kelly.
“Yo, I can rap anyone, like perfect. Watch me do Drizzy.” Justin Bieber, red carpet super-star, takes a break, and Justin Bieber, regular (albeit insanely talented) teenager, takes center stage. He doodles, drawing an off-color cartoon of his manager.

He writes a two-line script for his publicist to recite: “I AM SOFA KING STOOP IT” (try pronouncing it phonetically). Kid stuff. He does a flawless Drake impersonation, with perfect accent and flow.

He follows that with verses from Eminem, Biggie, and 2Pac. After Jay-Z’s “Big Pimpin’” verse, he finishes with an impersonation of Nicki Minaj, complete with exaggerated facial expressions. “I love how scary the faces she makes are,” he says with a laugh.

Some grumpy rap media outlets have griped about Bieber freestyling over classic beats like Biggie’s “Who Shot Ya,” but he shrugs the critics off. “I just rap for fun,” he says. “It’s nothing to take seriously. On my new album, I’m going to do a little bit of rapping.”

He proceeds to spit a set of bars from “Boyfriend,” a song recorded for Believe. “Tell me what you like, dear/Tell me what you don’t/I could be your Buzz Lightyear/Fly across the globe/You don’t even need to fight, dear/You already know/I can make you shine bright/Like you’re laying in the snow/Burr.” Yeah, JayBee’s up on Gucci Mane, too.

Bieber is so carefree, so natural, it’s easy to forget he’s the same kid who sold more than 12 million albums worldwide and whose documentary has raked in over $98 million at the box office.

But the mood takes a turn when someone on his team hands him a BlackBerry that shows a photo of Swizz Beatz wearing an MCM jacket identical to the one he’s wearing right now—the same one he proudly described as a one of one.
Read the full interview in complex.com
Written by Joe La Puma
Photography by Tony Kelly
tonykellyphotography.com