Former Apprentice star Ben Clarke gives us his weekly low down on this year’s Junior Apprentice. 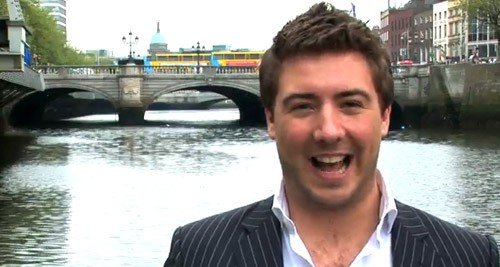 Week 2 – Task 2. Former apprentice candidate Ben Clarke presents his weekly video blog and analysis of the week’s task and performances on the Junior Apprentice 2010. Join Ben every thursday as he gives you the low down and his thoughts on Lord Sugar and his aides Karren Brady who replaced Margaret Mountford and Nick Hewer. Follow Ben as he talks to the public about Adam Eliaz, Arjun Rajyagor, Emma Walker, Hannah Cherry, Hibah Ansary, Jordan De Courcy, Kirsty Cleaver, Rhys Rosser, Tim Ankers and Zoe Plummer.

Episode 2 was filmed in Dublin and covered the second task where the young apprentices were asked to come up with a new piece of camping equipment and pitch it to 3 major retailers.

Hibah Ansary got fired after Adam Eliaz begged his way out of the firing line, whilst Zoe Plummer was clearly going nowhere after 2 weeks of demonstrating solid sales ability.