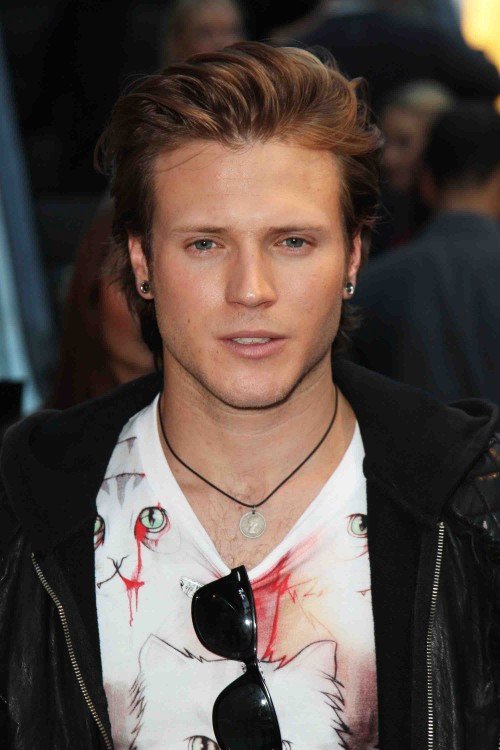 Popstar and jungle king Dougie Poynter loved his time on I’m A Celeb and got especially close with a certain someone: “Everyone was really lovely, and of course everyone was joking about my ‘bromance’ with Mark Wright, weirdly we didn’t talk about girls much there – if you’re hungry your libido falls out your pants.”

But even though he was tight-lipped about girls, Dougie did talk about his rehab experience: “I didn’t mean to talk about it but I’m glad I did, it got rid of a lot of inner demons: I’m not ashamed of it.”

Dougie admitted the hardest thing about the show was being away from his girlfriend Lara Carew-Jones: “We met about six months ago when I commissioned her to do a painting for me, we were meant to meet for an hour and eight hours later we were still chatting!”

Dougie also revealed the truth behind the marriage rumours: “There’s a rumour we’re getting married and I’m not sure where that came from. Of course I’d like to get married in the future. Will I marry Lara? Definitely. I’d quite like a Star Wars-themed wedding.”

Not only was Dougie the king of the jungle, his McFly bandmate Harry Judd was named king of Strictly Come Dancing.

Dougie teased, “Harry and I were joking about both doing reality shows and I pointed out that I had to eat a penis, whereas all he had to do is dance around in sequins.”

Both are hoping to win awards at the National Television awards, and they will certainly celebrate in style if they win: “Every time McFly win something we strip naked and post a picture, so maybe I’ll mix it up and Tweet a picture of me fully clothed.”
#RossinTVbuzz
Read more in TV Buzz Magazine from The SUN
facebook.com/TVbuzzmag