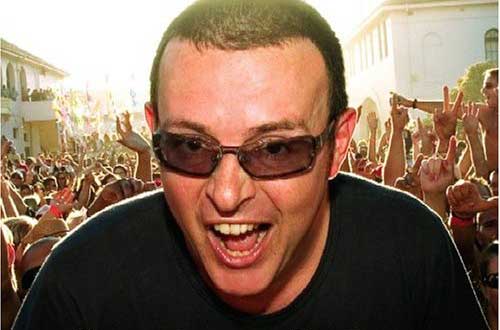 Judge Jules is broadcasting his Friday night BBC Radio 1 show exclusively live from Belfast on Friday 13 March as he flies in to the capital city and performs at LOVE Fridays who are hosting the official after party in La Lea nightclub from 9pm-3am!

It is an momentous event for LOVE Fridays, whose parent company Planetlove WKD have previously hosted Julesâ€™ and his Radio 1 show at their showpiece summer festival in Shaneâ€™s Castle, Co. Antrim.

Now the popular spinner is back in Ireland and LOVE Fridays has temporarily moved home from the Beach Club to La Lea on Franklin Street (Belfast) for this special, one-off event.

Jules is undoubtedly one of the most popular DJs on the planet with his Radio 1 show attracting tens of thousands of listeners every Friday night.

His unique style of electro-fused, trance-tinged crossover tunes has helped him carve out an instantly recognizable sound for himself and one that can be heard right through his new artist album, Bring The Noise.

Each summer Jules runs his massively popular Judgement Sunday nights in Ibiza, which is the biggest and best party in San Antonio each and every year – playing host the worldâ€™s best DJs and producers every Sunday night / Monday morning.

And the London jock even has his own range of funky t-shirts and clubwear for sale on his website!

Appearing alongside Jules at Love Fridays is none other than German trance masters Cosmic Gate.

Celebrating ten years in the industry, Cosmic Gate (Claus Terhoeven/Nic Chagall and Stefan Bossems/Bossi) have been at the forefront of trance production since they exploded onto the scene in 1999.

Their early hits â€˜Fire Wireâ€™ and â€˜Exploration of Spaceâ€™ destroyed dancefloors across the world in 2000 and 2001 and set Cosmic Gate apart as leaders in harder edged trance.

Jump forward to 2009 and the production duo are back with their fourth artist album consisting of driving, energetic trance tunage that is already setting nightclubs alight right across Europe.

Hard dance prodigy Kidd Kaos completes the line-up and is sure to entertain the crowd with his unique technical skills and showmanship behind the decks.

With a host of productions, remixes and collaborations with some of the biggest stars in the scene already under his belt rising star Kaos is destined for worldwide fame.

And with appearances at clubs and festivals throughout the UK in 2009 Kaos is expected to rise quickly through the ranks of harder edged music.