After storming the world for nearly 40 years and taking their very special brand of heavy metal to all four corners of the planet, JUDAS PRIEST – one of the most influential heavy metal bands of all time, have announced this will be their final world tour!! 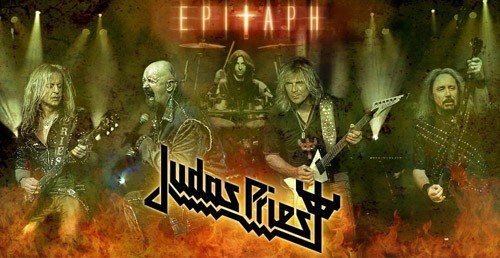 However, the mighty PRIEST will certainly be going out strong as they rock the planet starting in 2011 on the massive EPITAPH tour – hitting all the major cities throughout the world they will be playing the songs that helped make the name JUDAS PRIEST synonymous with heavy metal!

With all guns blazing and amps cranked to eleven, the band will be giving all their fans one last chance to witness the ultimate metal experience that is JUDAS PRIEST!

JUDAS PRIEST will be starting their world tour in Europe. Be prepared to rock one final time with the incomparable JUDAS PRIEST!!