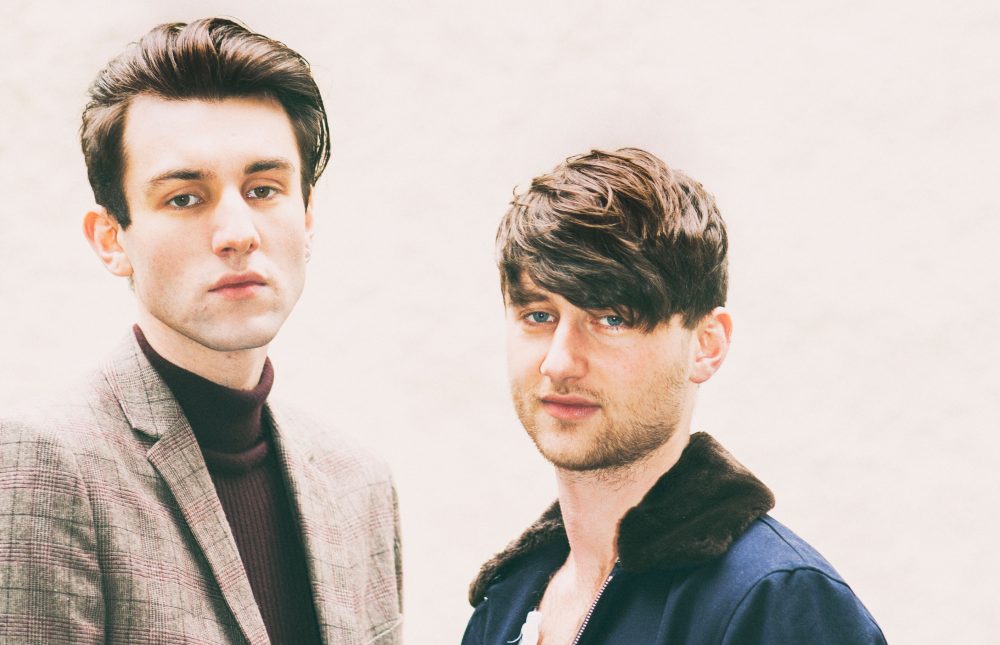 Celtic troubadours JR Green – siblings Jacob and Rory Green – take us into their vivid and lush soundscape of ‘Technicolour Native’, their stunning new single, which is a “meditation on beauty and retreat delivered artfully into your eardrums”…

“Imagine a jungle so verdant in its wonder that the sharp arrows of hardship can’t reach you through the forest’s fertile thicket. It’s your very own wilderness to ramble through, the noble savage emblazoned in brilliant technicolour. And we’re with you, through adversity and in battle.”

Hello guys! How are you today!

Hi there. We’re great thanks.

Can you tell us everything we should know about ‘Technicolour Native’.

‘Technicolour Native’ is a song we finished a couple of years ago, that we are quite proud of and wanted to release at the opportune moment. We tried to write a song that didn’t possess any bravado but also wasn’t flimsy or characterless.

Why did you decide to create music together?

We are brothers, so playing music together was just something that happened naturally. By the time we were both in our teens, we had similar interests in music and similar ideas of the kind of music we wanted to make.

We both spend most of our time thinking about music, listening to it and speaking to each other about it. As brothers we have always spent a lot of time together so at some point we will sit down and set about playing through ideas we’ve had or stuff we’ve been working on. Some songs are harder to write than others, especially as we get older and we expect more from ourselves, but writing is something we will always enjoy.

I would say Jacob is maybe a bull, he is quite quiet and but extremely powerful and can become dangerous when aggravated. I would like to be thought of as a gorilla but sadly possess nothing of the strength that gorillas do.

We’ve always listened to all kinds of music. A think a lot of people will assume to listen mainly to folk music, but most ‘folk’ music actually makes us feel slightly queasy, but then so do a lot of people’s attitudes towards the instruments we use. We’re constantly being influenced by all sorts.

The first album I (Rory) bought, was Eminem’s ‘Curtain Call’, I was about seven and was a massive fan. Encore had come out maybe a year or so before and is a much better album, but at the time I didn’t recognise as may songs from it and didn’t want to run the risk of spending my hard earned pocket money on something I might not enjoy. Jacob’s first album may have been Good Charlotte, ‘The Chronicles of Life and Death’, but I believe that was a Christmas present. The first one he bought was probably something like The Killers ‘Hot Fuss’, or something very much of that era.

We’ve recently found an artist called Black Marble who makes 80-esque, moody synth tunes. There are two albums and an earlier EP, all are pretty spot on. Even more so as it comes after a bit of a drought.

How would you describe your music and fashion style?

Musically we write tunes using traditional and folk instruments, incorporating techniques and textures that come with folk and traditional music into songs that have all kinds of modern and contemporary influences. We focus hard on lyricism as well, we see this as being just as important as anything else, if not more. Fashion wise, our interest lie mainly in trousers, shoes and outer-wear. We wear mostly fitted suit or woollen trousers, loafers or Chelsea boots, white or at least light coloured socks. Jake sometimes wears a tweed cap, I prefer a long woollen coat to a jacket. Bits of jewellery, earrings as well. There are lots of things we are completely against wearing, the list is perhaps too long. Anything with a hood isn’t to be encouraged.

The best thing about being a performer in Scotland is…?

Scotland is constantly being misinterpreted and misrepresented, so living in hope that one day this won’t be the case is exciting. There is a beautiful and erudite history in Scotland, that couldn’t be further removed from the majority of the people who claim to be proud of where they’re from or to know what their country is about. We create and live for the day that these people finally shut the fuck up. We aren’t in anyway nationalistic, but we can appreciate certain qualities and we believe that Scotland and certain Scottish people are in possession of at least some of these.

We are running a monthly residency in Glasgow called ‘Colour Television’, which has live music, DJ sets, spoken word performances. If anyone were to come along, we hope they would thoroughly enjoy the experience.