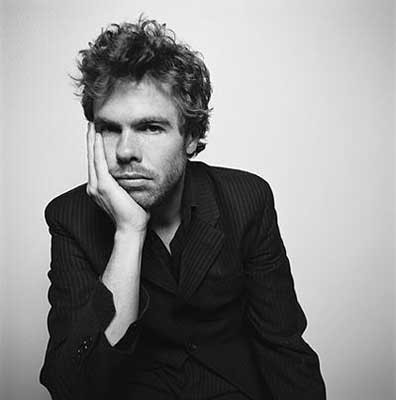 HMV is delighted to welcome Josh Ritter to its Grafton Street store, Today Friday 7th September at 5.30pm. Josh will be signing copies of his new album â€˜The Historical Conquests of Josh Ritterâ€™.

â€˜The Historical Conquests of Josh Ritterâ€™ catches the Idaho musician in the midst of a radical transformation. While last year’s â€˜The Animal Yearsâ€™ had Ritter thinking about the state of the nation, his latest offering finds him pining for Joan of Arc, Calamity Jane and Florence Nightingale, all of whom seem to be stuck together in the belly of a whale, a la Jonah. He also manages to squeeze in a few admiring words about ladiesâ€™ underwear and thatâ€™s well before Ritter, backed by drums, bass and organ and cacophony, arrives at a rollicking chorus you might be able sing along with if youâ€™re quick enough to get all the words.

The result is an often raucous, occasionally dizzying affair, with pounding keyboards, strings, horns, with his new producer and long-time collaborator Sam Kassirer, leading the charge.

Given the new lyrical and musical trails that he is blazing, The Historical Conquests of Josh Ritter proves that one can still cross any number of musical boundaries all the while not taking themselves too seriously.

Shaun Pritchard, Manager of HMV Grafton Street comments, â€œWe had Josh in store last year to a huge group of fans. This event will be another packed house and will give our customers the chance to get closer to one of their favourite performers!â€

**Please note that this event will be entrance by wristband only. Wristbands will be available from HMV Grafton Street from store opening on the day of signing**