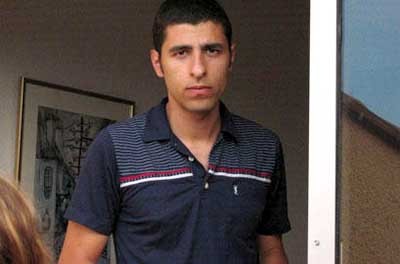 By Donna McGarry
SWEDISH folk singer Jose Gonzalez will return to Belfast next month despite leaving fans disappointed after his short and sweet set in May last year.
Gonzalez played to a packed out venue at Spring & Airbrake in Belfast and ran through the set list of his debut album Veneer, in a quick 45 minutes, leaving fans stunned and frustrated.
One concertgoer said: â€œBetween the long queues for the bar and not being able to see the man himself, it seemed by the time I battled to the bathroom and back, the gig was overâ€.
This time around the Heartbeats singer will take to the stage at Mandela Hall on Saturday October 27 and fans are hoping that playing in a bigger venue with more material from his newly released album In Our Nature will make up for the controversial gig last year.
The Swede cover of The Knifeâ€™s Heartbeats earned him worldwide recognition after the song was used in a Sony commercial.
Remember the ad with 250,000 coloured bouncing balls falling from the top of a San Francisco hill with Jose Gonzalezâ€™ tones playing softly in the background.
Unfortunately the bouncing balls are not part of the gig.
Tickets are still available from all good ticket outlets.
qubsu-ents.com
myspace.com/josegonzalez