Brand new comedy event launching Tuesday 8th April at 11pm.
One of Britainâ€™s most popular television personalities, Jonathan Ross is set to appear on BBC Threeâ€™s The Wall as the very first guest. Like all of The Wallâ€™s celebrity guests, Jonathan will perform in some of the sketchesâ€¦be prepared to expect the unexpected…
Jonathan will join televisionâ€™s hottest property Alexa Chung and comedy star Rhys Thomas (The Fast Show, Star Stories) for the show packed full of comedy, music and unpredictable interaction.

Viewers will also be treated to an electrifying and exclusive performance from the coolest new indie band around- Mystery Jets, who will be performing their next single â€˜Two Doors Downâ€™ live in the studio. 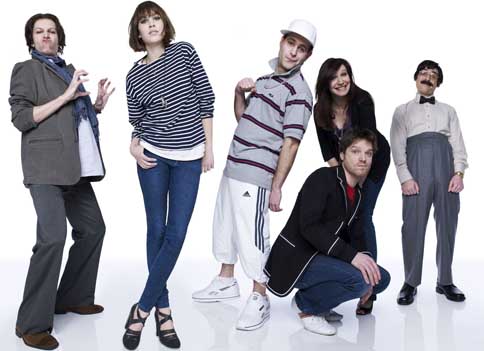 At the heart of the show, The Wall will be the programmeâ€™s link to the online world. Itâ€™s a place for viewers to post their own sketches, ask celebrity guests questions and become part of the performance.

Check out bbc.co.uk/thewall for a sneak peek at some of the comedy sketches and how you can get involved.