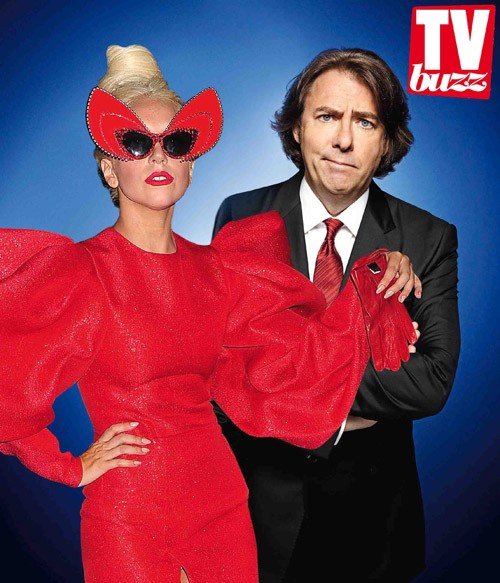 The Jonathan Ross show has returned with a big batch of A list celebs, one of them being Lady Gaga.

And she is planning to make quite the impression; Jonathan revealed “She will be arriving on an odd form of transportation – so long as everything goes to according to plan.”

This sounds rather intriguing. Jonathan told The Sun’s TV buzz his past experiences of interviewing Lady Gaga, “The first time I interviewed her she came on holding a teacup and saucer that was rather beautiful and elegant, and the second time she turned up with a telephone on her head.”

What next for Lady Gaga! Jonathan explained, “I like pop stars who dress up, so I might have to wear something special for her – I may come out dresses as a giant burger.”

Though Jonathan has a few plans for Lady Gaga after the show, he revealed to TV buzz, “I’m hoping to lure her back into my office because I know she wants to see all my original Sex Pistols clothes”