Jon Fratelli will release his first proper solo single ‘Santo Domingo’ on the Island label on April 11th. Taken from his forthcoming new album “Psycho Jukebox”, it is at once strangely familiar, lyrically obtuse and so catchy it’ll make your head swim. 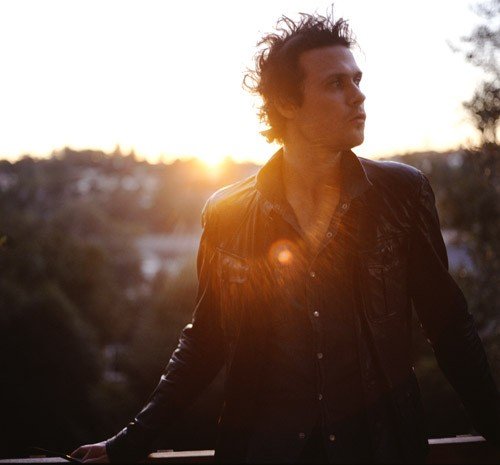 Jon Fratelli’s debut solo album is called Psycho Jukebox and like any jukebox worth its salt it’s chock full of the kind of solid gold easy action that makes you want to throw the windows wide to annoy the neighbours.

Psycho Jukebox is brimful of melody, pop-psychedelia, classic ’60s-tinged pop, and characters whose lives are lived in a twilight world of ambition and failure, triumph and loss.

Fans of The Fratellis will not be disappointed and we had chat with the lovely Jon:

WHAT KIND OF MUSIC DO YOU PLAY?
I play rock n roll in all it’s magical glory.

WHERE ARE YOU FROM?
I’m from Glasgow.

HOW DID YOU START AND WHEN?
I started playing guitar and writing songs i guess when i was about 16.

WHO ARE YOUR INFLUENCES IN THE MUSIC INDUSTRY?
Mainly the people who’ve stuck around and who are constantly on the move, Bob Dylan, Neil Young, Bruce Springsteen etc

WHAT HAS BEEN THE HARDEST PART OF BEING IN THE MUSIC INDUSTRY FOR YOU?
You sell a little bit of your soul, if you didn’t believe in yourself to an unhealthy degree it could drive you mad, concentrating on just making music and nothing else helps.

TELL US A BIT ABOUT YOUR EARLY DAYS AND HOW THEY DIFFER FROM NOW?
I don’t feel a whole lot different, still on a path, still trying to do better each time, taking the day one night at a time.

WHAT WAS THE LAST GIG YOU PLAYED, WHAT DID YOU THINK OF IT?
A couple of nights ago in London, it wasn’t so bad, i’m still trying to hit 2nd gear.

HAVE YOU ANY FORTHCOMING GIGS IN IRELAND OR NORTHERN IRELAND?
I stop by Dublin every once in while, i can hop on a plane and be there in 30 mins, it reminds me of Glasgow but also in some ways it’s a million miles from here, Celtic music fans always have an edge to them that’s missing in other places so i always enjoy gigs in Dublin and Belfast.

WHAT’S THE MOST SUCCESSFUL THING YOU HAVE DONE TO DATE?
I like to think it’s just around the corner… I guess Costello Music would be the most succesful up to now though.

WHO HAS HELPED YOU THE MOST GET TO WHERE YOU ARE TODAY?
I guess just my musical hero’s, aside from that i’d say me!

WHAT’S COMING NEXT FOR YOU?
I’d settle for a whirlwind or two… The more i’m out playing the better.

IS IT HARD BEING A NEW ARTIST IN TODAY’S INDUSTRY?
I think it’s just hard being any kind of artist, actually it might be easier in some ways for new acts as they satisfy people’s short attention spans and need for something new to listen to, at the same time it’s hard to get your foot in the door, you can’t doubt yourself for a second.

HOW IMPORTANT IS THE INTERNET AND SOCIAL NETWORK SITES FOR YOUR SUCCESS?
I really couldn’t say, it seems like it would take a lot of time to keep up with it all, i can see it’s definitely got it’s place, i really haven’t had time to get into it too deeply, music needs to come first.

WHO WOULD YOU MOST LIKE TO COLLABORATE WITH IN THE INDUSTRY?
I’ve never thought about it, Beck springs to mind though.

DEBUT SOLO SINGLE: “SANTO DOMINGO” TO BE RELEASED ON APRIL 18th ‘11
It follows the free download of ‘Rhythm Doesn’t Make You A Dancer’ which is available now from www.jonfratelli.co.uk

Jon Fratelli and his band (featuring the one and only Mince Fratelli on drums and acoustic guitar!) have confirmed a ‘Highlands & Islands’ tour and will appear at London’s ‘This Feeling’ club aswell as the ‘Live At Leeds’ festival.