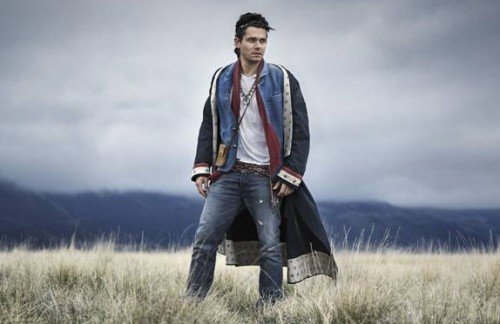 ‘Paradise Valley’, the splendid new album from Grammy Award-winning singer, songwriter and musician John Mayer, will be released on August 19 and is produced with longtime collaborator Don Was.

Mayer was announced on the lineup for the Global Poverty Project benefit concert in Central Park on September 28.

For the European leg of the tour, singer/songwriter Gabrielle Aplin will be the support act for Mayer in each of the eight sold-out arena shows in Denmark, Holland, Norway and the United Kingdom.

Mayer is using the U.S. portion of the tour to heighten awareness of and raise funds for our military veterans suffering from the effects of post traumatic stress. One dollar from each tour ticket sold will fund PTS-related programs created by Mayer and the Northern California Institute for Research and Education.

Additionally, he has been included in Time Magazine’s annual Time 100 list of the most influential contemporary thinkers, leaders, artists and entertainers, and twice been featured on the cover of Rolling Stone Magazine’s annual Guitar issue.

Last year, he was honored in Washington, D.C. by the Recording Academy for his philanthropic work on behalf of both U.S. military veterans and young people interested in music.