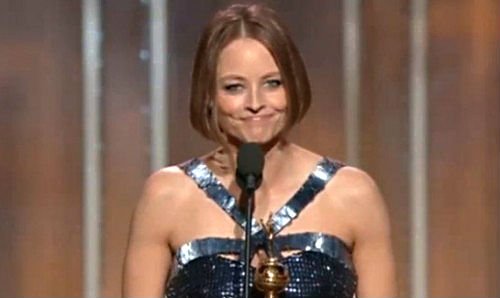 Anyone that tuned in to Sunday night’s Golden Globe ceremonies on NBC (or, frankly, has logged onto Twitter in the past 12 hours) surely caught wind of today’s biggest headline: “Jodie Foster’s Freakin’ Speech!”

“When one of the most critically-praised actresses speaks about her identity and relationships on one of the largest stages in the world, it shows just how much the tide has turned,” says Graddick.

“Given Jodie Foster’s lifetime of achievements, this is a significant moment for LGBT visibility,” he says. 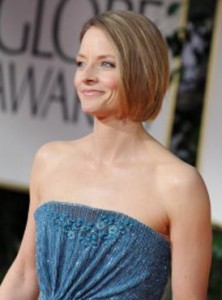 Her speech, which has been dubbed unanimously by news outlets as “Jodie’s Big Coming Out Moment,” strongly hinted at her sexuality.

Nodding to the brave moment were fellow open members of Hollywood’s LGBT community that have gone through a similar reveal, though perhaps on a lesser scale.

Ricky Martin added, “[Jodie] Foster On your terms. It’s your time! Not before nor after. It’s when it feels right!”

Though her message seemed to wander throughout the sometimes frantic on stage spiel, the speech’s motivation was certainly heard. Today a force of LGBT support backs the name “Jodie Foster,” crowning her as their new pioneer.

“As more and more high-profile LGBT people like Jodie speak openly,” says Graddick, “those who do not accept LGBT people will continue to fall behind the times.”
By John Howard hollyscoop.com