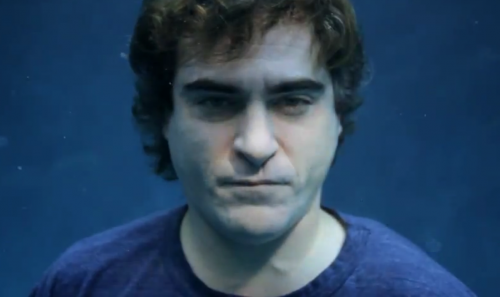 Joaquin Phoenix is drowning! The Oscar nominee features in a controversial and beautiful new video for PETA, shot by top photographer Michael Muller, that shows him underwater, struggling to breathe and panicking.

As the text explains: “In water, humans drown just as fish suffocate on land. It’s slow and painful and frightening. … Put yourself in their place. Try to relate. Go vegan”. 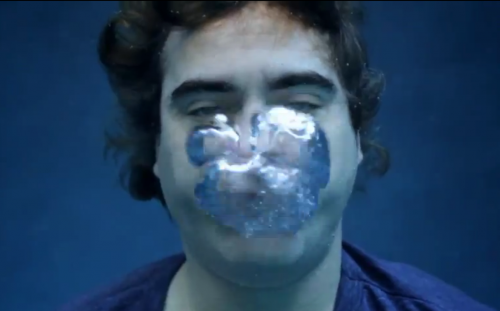 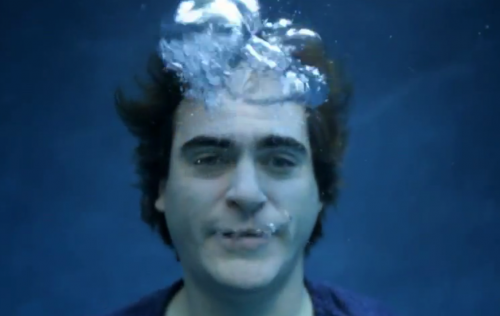 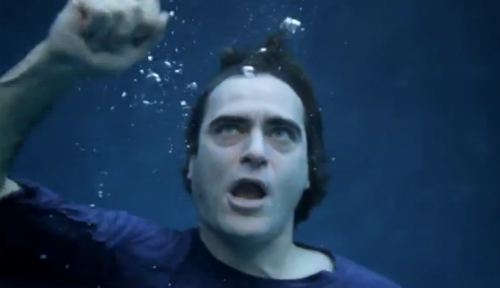 Capitalizing on the buzz surrounding Phoenix’s critically acclaimed performance in The Master, PETA US moved to place the ad during the Academy Awards, but US television network ABC deemed the video to be too political and controversial to run during the broadcast.

“I was 3 years old – to this day it is a vivid memory”, Phoenix says of the moment he connected human and animal suffering. “My family and I were on a boat, catching fish. As one fish was caught, he was writhing, then he was thrown against the side of the boat.

You couldn’t disguise what it was. This was what we did to animals to eat them. The animal went from a living, vibrant creature fighting for life to a violent death. I recognised it, as did my brothers and sisters.”

Biologists have found that fish develop relationships with each other and even grieve when their companions die. Some fish are capable of using tools, while others gather information by eavesdropping.

These intelligent, sensitive animals are so good-natured that Dr Sylvia Earle, the world’s leading marine biologist, said, “I wouldn’t deliberately eat a grouper any more than I’d eat a cocker spaniel”.
PETA.org