Joan Jett And The Blackhearts will play Marlay Park, Dublin on June 23rd as special guests of Green Day along with Paramore. Joan Jett is an originator, an innovator, and a visionary. 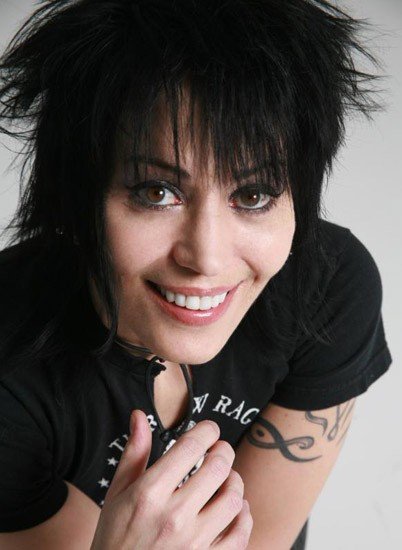 As the leader of the hard-rocking Blackhearts, she’s had eight platinum and gold albums and nine Top 40 singles, including the classics “Bad Reputation,” “I Love Rock ‘N’ Roll,” “I Hate Myself For Loving You,” and “Crimson and Clover.”

She sits at the head of her own independent label, Blackheart Records. Jett has acted in movies, including 1987’s Light Of Day, with Michael J. Fox and Gena Rowlands, and in a Tony-nominated Broadway musical, The Rocky Horror Show.

As a producer, she has overseen albums by Bikini Kill, Circus Lupus, and the Vacancies, as well as the Germs’ LA punk masterpiece, GI. Jett was even one of only two women named to Rolling Stone magazine’s list of the 100 greatest guitar players of all time.

In the end, though, Joan Jett’s life has been dedicated to one goal and one goal only – rocking the hell out of every listener she can reach. “I remember times when I was at shows and the person onstage locked eyes with me,” she recently told Esquire magazine. “And in that moment, everything was right with the world. I think that’s part of my job, to create these thousands of moments every night.”

Since co-founding the Runaways, the pioneering all-girl punk quintet, at age 15, Jett’s determination and drive have kept her in the public eye. This year, however, her profile will skyrocket yet again, with the release of both a long-awaited feature film telling the story of the Runaways and a new, two-disc Greatest Hits collection.

The Runaways is based on lead singer Cherie Currie’s book Neon Angel. Kristen Stewart, star of the Twilight series films, plays Jett, and her fellow A-Lister Dakota Fanning portrays Currie. The movie chronicles the band’s early years; formed by teenage girls living near Hollywood, CA., the Runaways became the first all-girl band to break into the world of arena-filling hard rock acts. The movie is set for release here in early August.