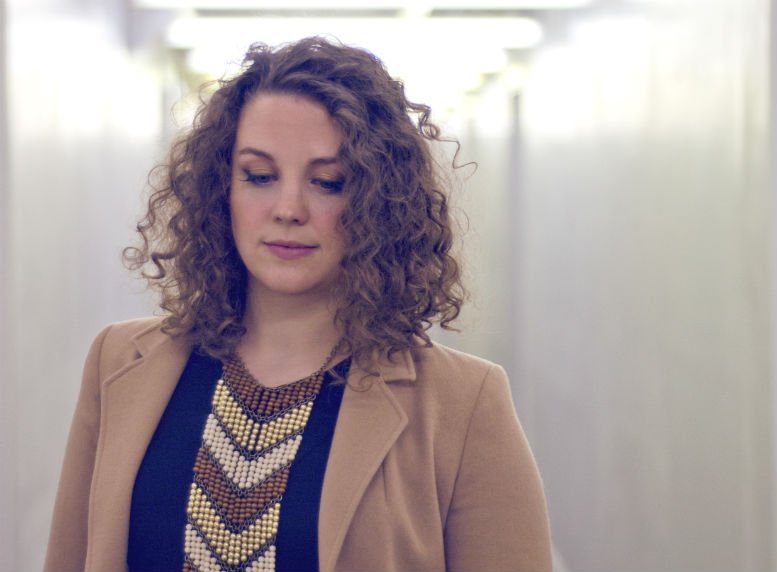 Glasgow singer-songwriter, Jo Mango, talks about When Tomorrow Becomes Yesterday project, that bring together academic, musical, artistic and practical knowledge to imagine a future in a more sustainable world. They will be releasing three download tracks along with a video documentary to help promote the cause.

Hi there! How are you today?

I am extremely well thank you for asking! I hope you are too.

Tell us a bit about the project When Tomorrow Becomes Yesterday:

When Tomorrow Becomes Yesterday is a project that tries to explore how music can help us imagine the future better (or a better future). In light of the really huge and serious challenges that climate change is presenting us, we wondered if music might have a role to play in helping us engage with our future – because it seems often that is very difficult. It seems remote or uncontrollable or very distant from the power of now. And music is so good at situating us in the present, connecting us with our emotions and with other people. So we wondered what would happen if we brought those connections to bear on thinking about the future.

The Arts and Humanities Research Council then gave us funding to work with teams of academics and experts in climate change, sustainability and future planning from around the country (the University of West of Scotland, Edinburgh University, the University of Manchester, Creative Carbon Scotland, Julie’s Bicycle and Manchester: A Certain Future were all involved). Myself and three other songwriters (Adem, Louis Abbott and Craig Beaton) then travelled the UK to meet with them and hear about potential futures and wrote some great songs as a result. We made a film about the process that features the live performances of all the songs in different venues.

What influenced you to start this project?

I think when I was touring a lot – particularly in America – I became aware of how many planes I was taking every day and what kind of an impact that must be having on the environment. Since then I’ve always been interested in understanding what more I could do to reduce my impact in that way. So when the opportunity came up via the Arts and Humanities Research Council to work with other songwriters to use our music to try and explore that further, I thought it would be really important. And it seemed that my other fellow songwriters had been thinking about it too. So it was very timely.

Did you have any influences?

In terms of this project, we thought a lot about music and songs that have previously tried to engage with the subject of the future. We drew on Indonesian Gamelan music for the rhythms that classical composers down through the years have understood to represent timelessness. The title of the project is taken from an Exuma song – famously covered by Nina Simone – called 22nd century. Which is a weird and intricate vision of possible versions of the future. And we drew on the combination of our own musical influences as songwriters – which are quite diverse – to create something of a unique mix.

What do you hope to accomplish from this?

We just hope it gets listeners thinking a bit more about the subject, and perhaps feeling a bit more – feeling something positive – with relation to it (it’s a topic that is often quite dry or merely guilt-inducing). We also hope it’s a starting point for more and more art that explores these important topics and helps artists and others to think differently about their relationship to the environment.

We’re (Jo Mango) playing in Edinburgh at Electric Circus with Admiral Fallow and Cathode Ray on the 27th of Oct. And on the 19th of November in Glasgow at the Glad Cafe to launch a new Olive Grove Records vinyl EP.

How do you think we can all start helping the climate more?

That’s such a big question! As music fans it seems we can think about how we travel to music festivals and live music events – taking public transport rather than always driving. It’s also good to think about the packaging and plastic products involved in our music purchases and whether that is necessary. In our wider lives, eating less meat is a good idea, along with sourcing food (and other things) locally where possible. As is trying to do less travel by plane and more by greener forms of transport. And of course, being aware of how much waste we are producing – where can we re-use or buy second hand rather than buying short-term or disposable? I in no way get all these things right all the time – it’s very difficult. But just making a start is a great thing.

What is it about music that brings people together like this?

I think music creates a safe space – a place where we can ‘practice’ emotions and feelings without having them hurt us, and where we can explore things we wouldn’t normally feel comfortable doing if it were, say, a political discussion or debate. It is also a thing we have to participate in together – as Christopher Small says, it’s a verb, “musicking”, rather than a noun. Singing is something very communal too – something that joins us together in one voice when we do it. A part of a large group becomes very personal.

We are making a new album! We’re hoping it will be finished in the first half of the year and then we can get on with getting it out to you. We’re also planning to record studio versions of the songs produced through the When Tomorrow Becomes Yesterday project too, and perhaps release them as bonus tracks or in other formats.