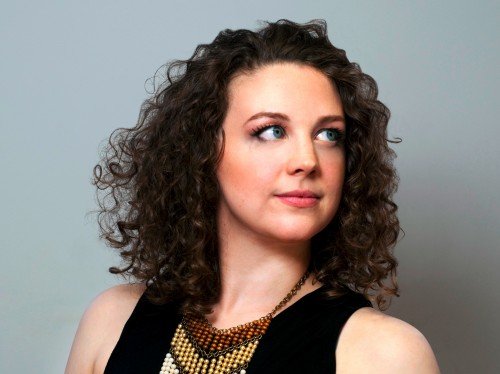 Despite the depth of her lyrics, folk-influenced singer-songwriter Jo Mango’s music is filled with light; light that comes from her extraordinary ability to paint vivid and enquiring images of the natural world with a voice as delicate and complex as the myriad environments it describes.
Jo Mango’s second album Murmuration is set for release on 5th November 2012 via Olive Grove Records.

So we talked to lovely Jo:
For those who don’t already know who you are, please tell us how you got into music and what kind of music you make?

I did most of my growing up in a fishing town on the North East coast of Scotland, where there wasn’t a music scene as such. Music didn’t really figure large (apart from some flute lessons and singing in church) until I was 14 and moved to a city high school.

There, there was a charity talent competition one lunch time in the school hall, and my twin brother decided to form a band with some of his friends to enter it (he plays bass).

They couldn’t find a singer so they (reluctantly, probably as a last resort) asked me if I’d mind giving it a bash. I think we played some early Foo Fighters and a Rage Against the Machine medley(!) 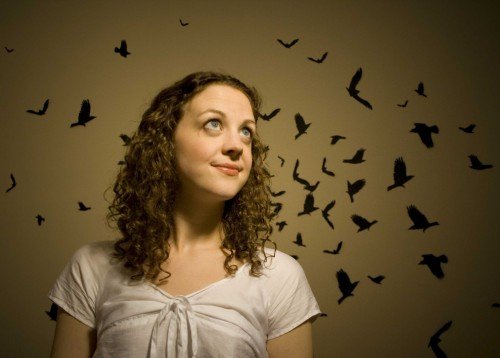 That was my first band and we began playing Aberdeen’s open mic nights and pubs as under-agers.

Since then, a lot has changed I reckon! Now my music is mainly acoustic and figures strange wee instruments that I’ve picked up from around the world – including my favourites the kalimba, the omnichord and the Indian harmonium.

If I did covers now, they’d be more likely to be Stina Nordestam, Laura Gibson, Typhoon or Joanna Newsom. I love beautifully considered, well-crafted and understated music, like Vashti Bunyan’s, in whose band I’m lucky enough to play.

You’ve collaborated with some brilliant names like Vashti Bunyan, Vetiver and Devendra Banhart. How did you get involved with these guys?

I used to be a regular on Monday nights at Nice n’Sleazies bar here in Glasgow. There’s an open stage, and I would go along to meet people to jam with and to try out new songs. There are always exciting people there and masses of talent.

My fellow regular – Gareth Dickson – would be there every week playing his beautiful electronica/dance-music inspired instrumental guitar music.

He sent a demo of his to Fat Cat records, who put it up on their site (because they’re great like that), but they also noticed that his guitar playing style (very gentle and delicate) was a lot like Vashti Bunyan’s, who was looking for a band for her ‘comeback’ show at the Barbican.

Gareth said – I know a girl who can play all of those things! And voila, I found myself sitting in Vashti’s lovely kitchen drinking tea and planning tours as a kind of one-man-bandmember.

Playing with Devendra and Vetiver came about when Vashti’s agent came up with an idea for a collaborative tour – like they used to do in the 60s to save on big backing bands – where all the bands on the tour form one big band that backs each of the other acts’ songs.

That was the Zero Degrees of Separation tour in 2006, and featured us, Vetiver, Juana Molina and Adem. What an amazing time!

David Byrne invited us all to play a show he was curating at the Carnegie Hall at the end of the tour, where we were joined by Devendra Banhart, Coco Rosie and David Byrne himself. 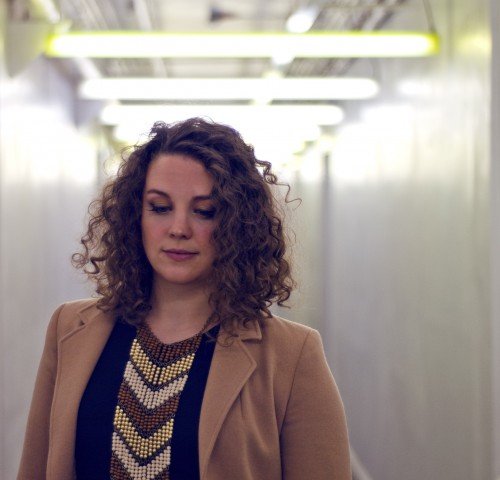 Your second album ‘Murmuration’ is out on November 5th 2012 – can you tell us what the themes of the album and the songs are?

There are quite a few themes in the album. It’s a distillation of a lot of things that I’ve been thinking about and pondering over the past few years.

But I guess the main one is the nature of knowledge (can we ever really know someone or something?) and the role of language in how we know things or say things or communicate ourselves.

Death is also a theme too, but not in such a morbid sense, more in a sense of symbolising freedom… Freedom from the constraints of language and the world in general.

The song that the title of the album is taken from is called Black Sun, which is a term for a huge flock of starlings (as is ‘Murmuration’) but it is also a quote from a philosopher.

He said there is a death at the heart of language, it is a black sun which we think illuminates, but perhaps it really only darkens.

Gosh… that sounds quite esoteric doesn’t it? It isn’t as inaccessible as that might make it sound. The songs are really a lot of little stories that are about real things, like creatures and scenes, and situations between a boy and a girl. But they have these other undercurrents of meaning to them.

What influences your songwriting in general?

I read a lot, and my songwriting is always influenced by what I read. Before I write anything, I have what I call and ‘eating phase’ where I just read as many things as I can, watch as many films as I can, go see as much art as possible… I love making connections between unrelated beautiful things.

That’s where things happen. I also try to listen as widely and as weirdly as possible.

Lots of avant-garde music or sound art, lots of different musics from around the world. But never an awful lot of one thing. Just flitting.

I also can’t deny the influence of nature and the natural world.

How did you get involved with Olive Grove Records?

I met a very drunken Halina one night during a festival here in Glasgow and we got talking. I remember her passion for music being really spectacular and impressive!

Then a few years later I went along to a gig where my friend Stacey’s band – The Moth and the Mirror – were launching their new album.

Low and behold it was Halina’s label Olive Grove and I just happened to have a new album produced by Adem burning a hole in my pocket! I used to have my own label Lo-Five Records, which now has a wee life of its own releasing other records (such as Admiral Fallow’s), but I wanted to go back to basics and do another self-release.

When I spoke to Olive Grove and heard their ethos and their passion for what they do, I decided that I’d love to do my new release together with them.

In terms of folk music, the scene up here in Scotland is wild! There is just masses going on. Celtic Connections is an incredible festival which happens in Glasgow in January every year and features every form of traditional folk you could imagine, from countries all over the world.

But it also embraces what you might call ‘nu-folk’ and bands of many other genres. There are numerous ‘sessions’ happening any given night of the week and a bunch of very good up-and-coming wee stars rising out of the folk scene too.

Your debut album ‘Paperclips and Sand’ even scored a great review in rock magazine Rock Sound! Are you a fan of the genre, if so, which bands?

I’m never sure what really counts as rock any more… But I’ve been listening to a lot of Thin Lizzy lately, for a wee project I’ve been working on that I probably shouldn’t tell you about until it’s better formed…

Remind me to let you know about that! Does Thao with the Get Down Stay Downs count? I love Thao Nguyen. I’ve always been a fan of my fellow Glasgow boys Aereogramme, the Twilight Sad and when I go out running, I run to Frightened Rabbit.

Oh..and the Japan Rock night at SXSW when I was there was incredible.

Aliens land on planet earth and using only pictures, what 3 images would you show them to describe your music?

If you could only describe your music as a flavour, what would it be and why?

I met a girl who had synaesthesia a while ago – which is a crossing of the senses. She said she had a boyfriend whose name tasted like rhubarb to her. They had to split up because she can’t stand the taste of rhubarb!

I really WISH I could ask her this question… Mmmm… Good grief that’s hard. I’m going to say a Parma Violet… because it’s a childish, joyous and light and natural taste at first (like a meadow), but later there’s an element of interestingness, then confusion, and in the end a bit of darkness.

I’d like to think some of those things are in there.

Finally, tell us something about yourself that, from listening to your music, people wouldn’t expect?