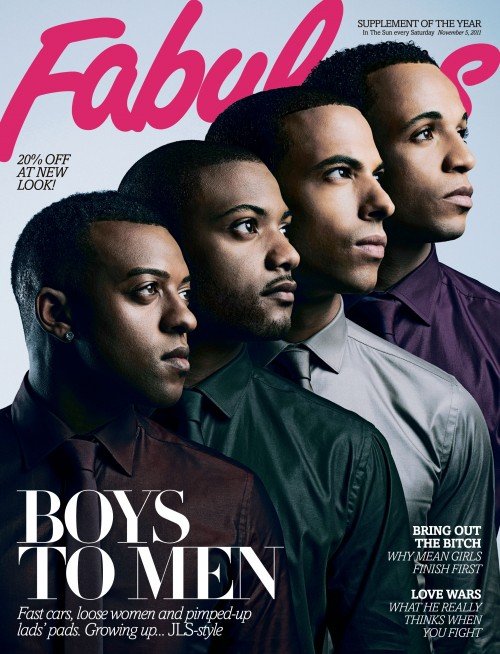 So what really turns the JLS boys on? Aston tells Fabulous: “It could be anything. The smallest thing can take me by surprise.”

Marvin and JB both reveal their true feelings; Marvin explains, “Rochelle is the one, one hundred percent.” JB on the band: “We’ll still be together in 20 years.”

When the conversation turns to cocktails, Aston explains that Oritsé is the lightweight of the band: “We were in the restaurant Gilgamesh in London, and he [Oritsé] had half a piña colada and said: I’m starting to feel this.”

Since they’re X Factor veterans, they definitely have favourites among this year’s contestants. Oritsé tells Fabulous.

“Misha B is incredible; she puts in so much passion.” Marvin explains he’s been impressed by The Risk and even by the judges. He says, “The judges have been amazing. Their mentorship is something else, really hands on.” But no one compares to the JLS boys!
fabulousmag.co.uk