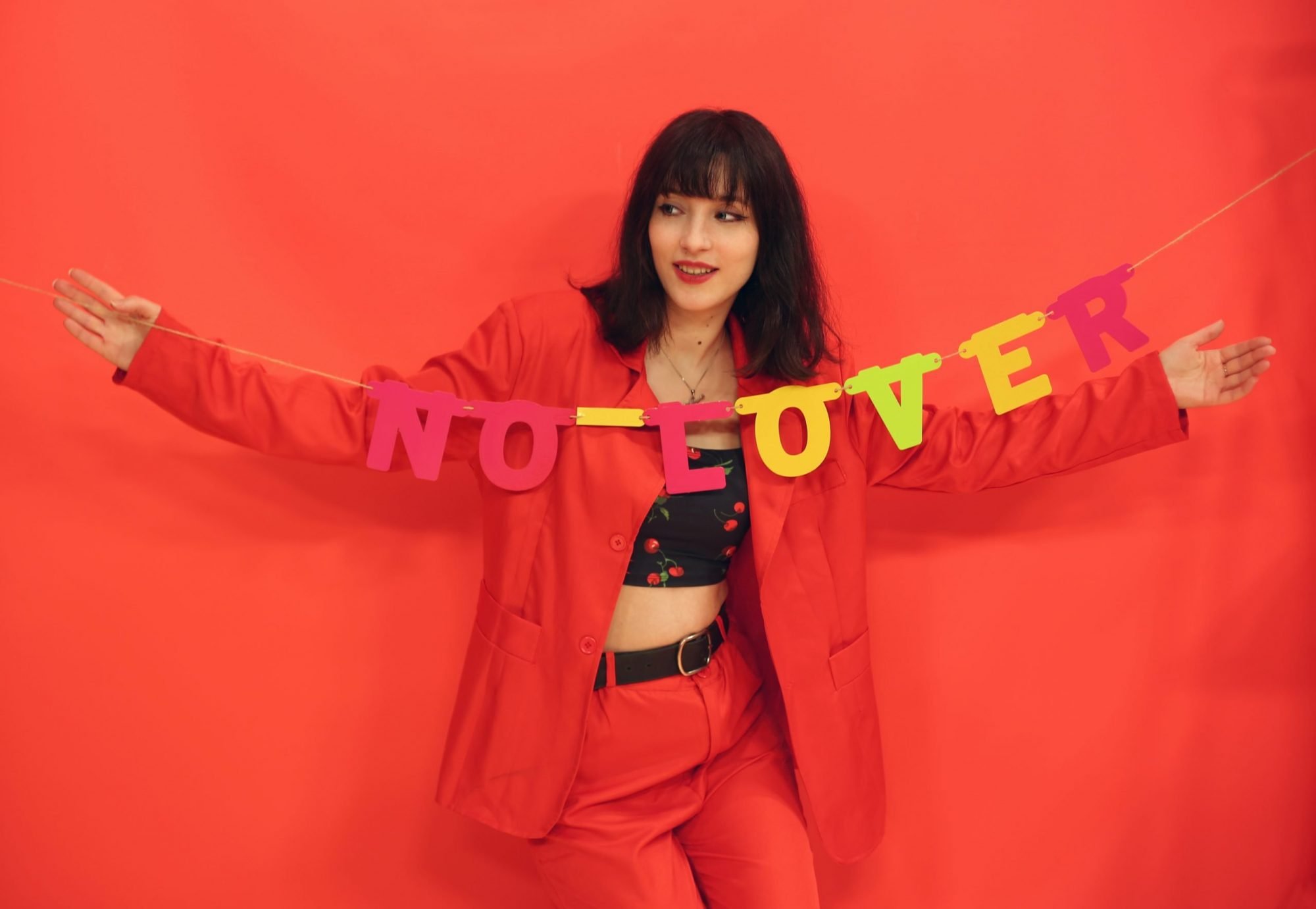 'I used to be embarrassed about making pop music – not anymore! If anything, I’ve realised that commercial pop is extremely difficult to get right, in terms of production and mix.'

After almost half a year of hiatus, London-based singer-songwriter and producer Jewelia is back with some exciting new gems in store for us. The latest release is her single “No Lover”, out today. In celebration of the new single, Jewelia joined us for some QuickFire Questions, sharing her thoughts on the industry and reflections on her musical journey so far. The upbeat and catchy release is a departure from the songstress’ previous soft bedroom pop and piano-powered fairytales that Jewelia’s sizeable audience may have come to expect. Colourfully layered in its soundscape and delightfully catchy and upbeat, the track was self-produced and mixed by Niko Battistini, who has worked with the likes of Charli XCX, MARINA, and Calum Scott.

The song’s lyrics describe the emotional tug-of-war when although you feel an attraction to a certain person, it might not be the right time to pursue the potential messiness of a relationship, and try to retain a sense of independence instead. The song’s empowering chorus hooks on the lines “No, I don’t need no lover, don’t need no games”, and “I’ve got a million issues and you’re not one of them”.

Talking about “No Lover”, Jewelia shared: “I had a lot of fun producing this track. I’ve been making pop music for a few years now, and I feel that I have finally embraced the pop sound, while still staying true to myself. I used to be embarrassed about making pop music – not anymore! If anything, I’ve realised that commercial pop is extremely difficult to get right, in terms of production and mix. It’s a constant learning process.”

Listen to the track and read our exclusive interview below.

“No Lover” is a song very much in the commercial pop vein. You’ve mentioned that in the past you felt embarrassed about making pop music – why do you think that was and how did this change?

I think there are two aspects to this. One is the music landscape nowadays, genres are a lot more blurred. At the time when I was growing up, the groups were very well defined, you either liked rock music or pop, or metal, or you were an emo kid etc. If you liked pop songs, it was more like a ‘guilty pleasure’, you would’ve been embarrassed to admit it. But mainstream pop has diversified a lot, now you can hear on the radio indie pop, dream pop, electro-pop and lots of others variations, and I feel like there is less stigma around it – it’s not embarrassing to like it anymore. The other aspect is my own perception of music making, realising that not everything has to be serious and have some super deep meaning, but it’s okay to sometimes just have fun and write a catchy hook.

You used Kickstarter to successfully crowdfund two albums. What tips would you give other artists who are thinking of doing the same?

It takes more effort and time than you’d think, so once you decide to start it, make sure you have cleared your calendar for the duration of the campaign. You have to constantly raise awareness, create content around it, motivate people to support you, maybe do a whole bunch of live-streams, release a single in the middle of the campaign – just to connect with people and remind them what you do, and why it’s worth their investment. The other tip would be to be really careful with the budget and the rewards you promise as part of the campaign, so that you don’t end up spending more on fulfilling them than the amount you’re raising!

Have you always wanted to be a music artist? When did you realise you had the potential to pursue it as a career?

I’ve wanted to be a musician since I was six, maybe seven. I guess the moment it turned into a career pursuit was in high school when I started studying at a specialist music school in my then hometown, Bucharest.

You have a distinctive vocal style, a bit reminiscent of Kate Bush or Marina Diamandis. Have you had any classical training?

I love both Kate Bush and MARINA! Yes, actually at the music school I mentioned earlier my specialism was classical singing. I then went on to continue studying at the Conservatoire in Bucharest for two years, before I realised it wasn’t for me and I moved to the UK to do a music production course.

What changes would you like to see happen in the music industry?

More women producers (we are still a tiny fraction of the total, less than 3%)! And less ageism, again especially direct at women. Life doesn’t end at 30, so why should music careers end then? Things are slowly getting better, but there is still a lot of work to do.

What can we look forward to from you in the near future?

More music definitely, and more music videos. I’ve already picked the next single after ‘No Lover’, and it’s possibly my favourite of all the songs I’ve written. And possibly a Kickstarter campaign (since we were talking about it), to finally release something on vinyl