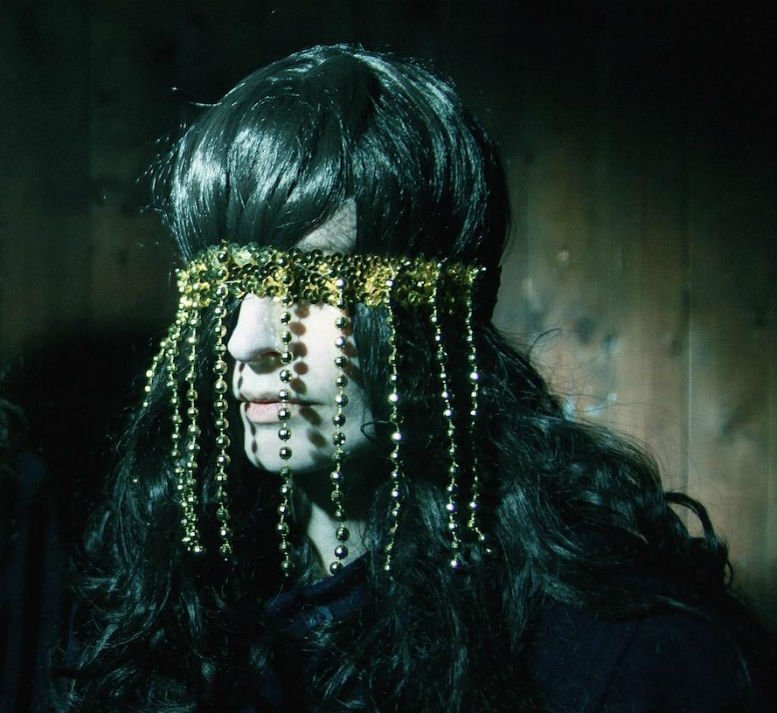 The strong Zia Anger-directed video, for Jenny Hval’s track ‘Conceptual Romance’, could be used as the perfect overture to her fetchingly smart and alluringly powerful soundscapes, which are included in her new album ‘Blood Bitch’, set for release September 30th, via Sacred Bones Records.

Zia Anger, describes the video as “a conceptual ménage a trois between Jenny, myself, and cheap tricks. It is a literal burial of the effigies we have created in our video and performance collaborations over the past three years…To be reborn in a womb of dirt that once was a grave of death. When I was a tiny child I saw my mother do a performance piece where she wore a skin suit just like the ones in the video. It really disturbed me, to have others see my mother “naked…

We’ve moved from complete and total censorship to a world where you can commodify your body if you resemble a certain ideal. Some people have a choice in this, others do not. We found toy versions of some of the most oppressive, exclusive, phallic equipment there is (a drone and a steady cam) and decided to see what we could make with them. Let’s unchain ourselves from our Instagram, our carefully curated images and self-commodification, trendy record labels, and fancy cameras.”
Speaking about the new album – co-produced with Lasse Marhaug – Jenny Hval comments: “Blood Bitch is an investigation of blood. Blood that is shed naturally. The purest and most powerful, yet most trivial, and most terrifying blood: Menstruation. The white and red toilet roll chain which ties together the virgins, the whores, the mothers, the witches, the dreamers, and the lovers.

Blood Bitch is also a fictitious story, fed by characters and images from horror and exploitation films of the ’70s. With that language, rather than smart, modern social commentary, I found I could tell a different story about myself and my own time: a poetic diary of modern transience and transcendence.

There is a character in this story that is a vampire Orlando, traveling through time and space. But there is also a story here of a 35-year old artist stuck in a touring loop, and wearing a black wig. She is always up at night, jet lagged, playing late night shows – and by day she is quietly resting over an Arp Odyssey synthesizer while a black van drives her around Europe and America.

So this is my most fictional and most personal album. It’s also the first album where I’ve started reconnecting with the goth and metal scene I started out playing in many years ago, by remembering the drony qualities of Norwegian Black Metal. It’s an album of vampires, lunar cycles, sticky choruses, and the smell of warm leaves and winter.”