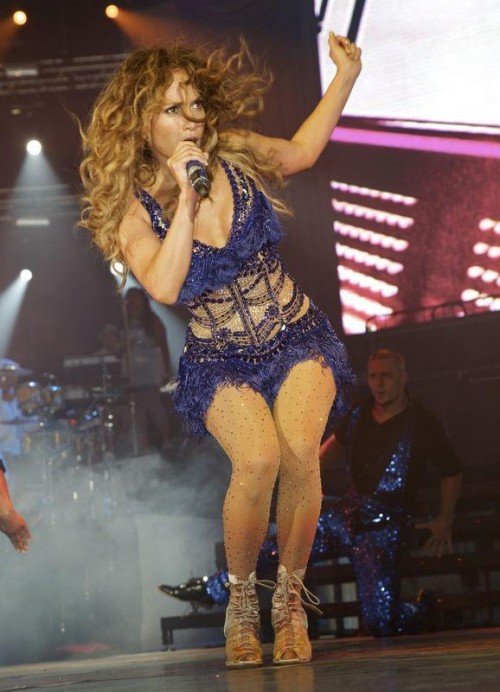 Joining the ranks of other legends in the music industry, a source tells Hollyscoop exclusively that J.Lo is in talks to start her very own Las Vegas residency.Hollyscoop spoke with a J.Lo’s rep, Mark Young, who confirmed that the sexy “Dance Again” singer may be considering setting up a semi-permanent performance.

“It could very well be possible,” said Young.

Though the rep could not reveal any other details about the potential show, Hollyscoop has since learned that Live Nation approached J.Lo to produce the Diva style show.

J.Lo recently spoke with Hollyscoop herself in Vegas during a red carpet appearance at the Wet Republic poolside club. In the interview she talked about how she enjoys the energy that Vegas brings to a performance.

“It’s crazy,” she said. “You know what this is really what Vegas is all about if you’re looking for that experience to club have a good time, let loose. This is it.” So far, her world tour has been doing well…

“Its pretty intense we’ve been having a great time, the audiences have been amazing, it’s been selling out everywhere we go,” she continued.

The new development could even have been the final detail weighing in on her decision to not return for Season 13 on “American Idol.”

No word yet on what venue J.Lo is looking into for the show. We think Caesars Palace would suit the sultry diva queen.
Read more in hollyscoop.com
Photo by Detroit Gigapixel