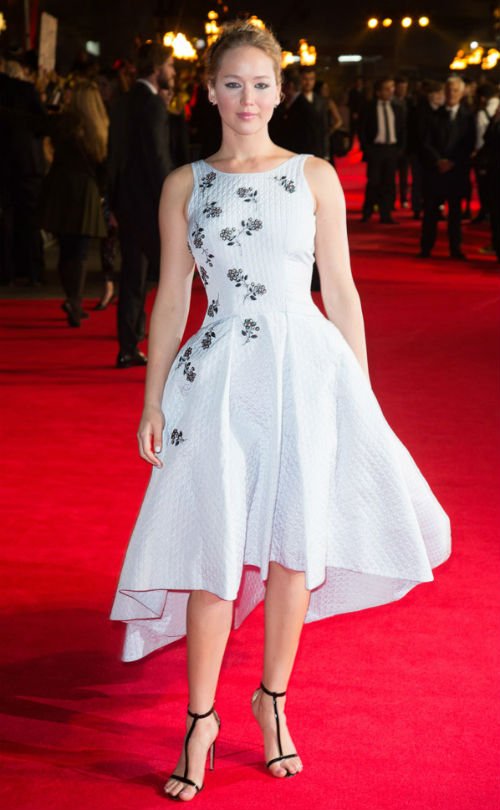 Enchanting 24-year-old beautiful actress Jennifer Lawrence was the star of London’s World Premiere of The Hunger Games: Mockingjay Part 1, ahead of its UK release on 20th November. 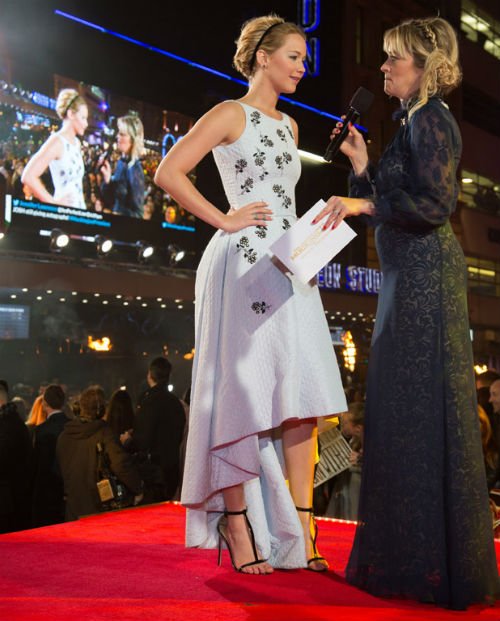 On the red carpet, commenting on her character’s strong, leading role, Jennifer told The Sun: “I’m proud to represent strong women everywhere. Like Beyonce said, we rule the world.” Jennifer was wearing an elegant quilted Dior gown with a lovely pair of black leather strappy sandals. 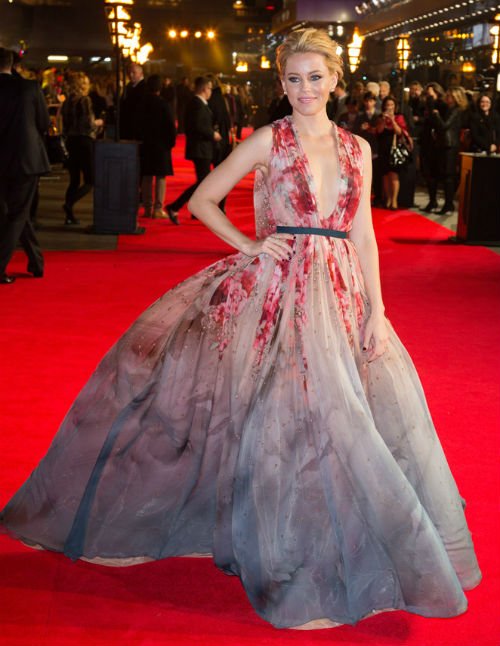 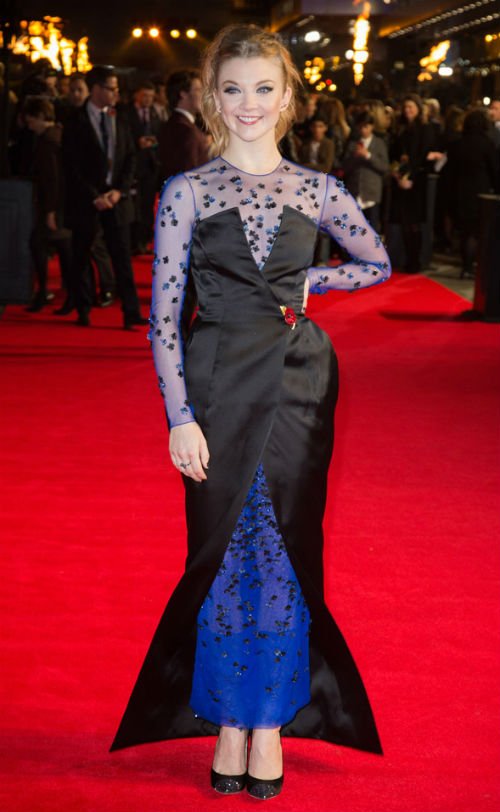 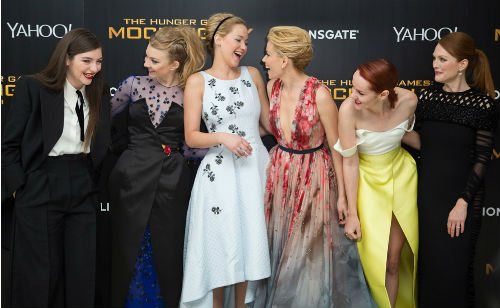 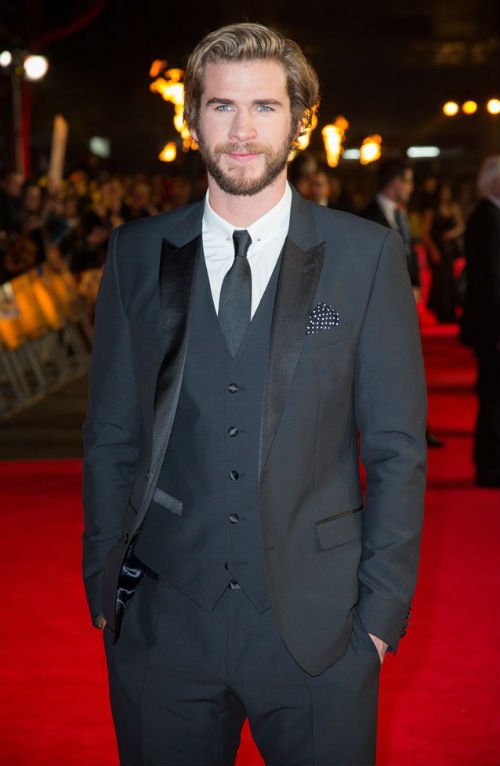 Liam Hemsworth looked stylished and handsome in a tailored suit.

All-star cast and production team posed for the photographers.