Jennifer Aniston and Gerard Butler do a little role-playing in the searing heat of the California desert, where damsels aren’t always in distress and lawmen sometimes break the rules. 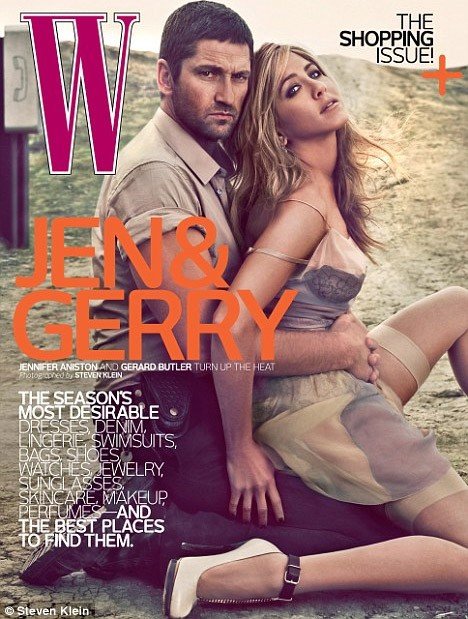 The look was inspired by Kim Basinger in the famously sexually charged 1986 film, Nine 1/2 Weeks, according to Jennifer Aniston’s longtime hairstylist and close friend Chris McMillan. And he was right by the star’s side during our two-day shoot in Canyon Country, California.

Jennifer Aniston and Gerard Butler sure make a red hot pair on the cover of American style bible W magazine. The sizzling image shows the heavily airbrushed former Friends actress leaning against her co-star in the desert as he wraps his arms around her waist.

The 41-year-old wears an Alberta Ferretti silk chiffon dress in the image, along with thigh-baring sheer hold-up stockings and cream heels with a leather ankle strap. 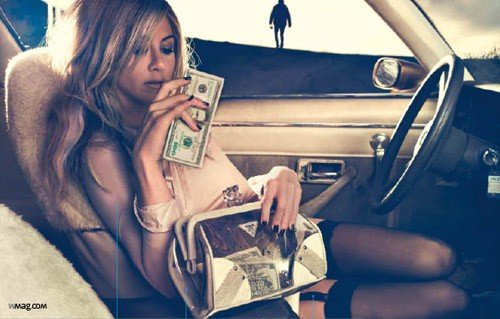