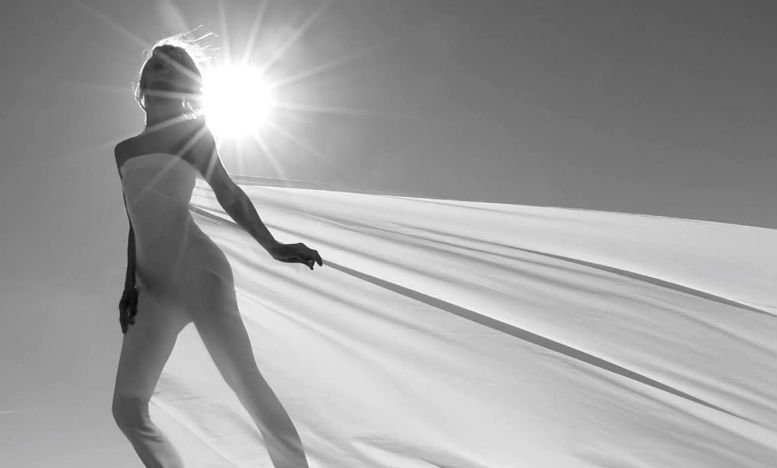 Just ahead of her UK tour, Jennie opens up about: the modish VOWWS-directed video for ‘So Hard’, another gem lifted from her enchantingly convincing debut album called ‘Spying’, giving all her power away and “the death of the ego and the rise of the true self”…

Can you talk about the stunning video for ‘So Hard ‘?

“Working with Rizz from LA band VOWWS who shot, directed and edited the video was a dream collaboration. She’s well known in the underground music scene for her dark, often schizophrenic and surreal style music videos. I had seen the work she does for her own band and knew immediately that she would be able to capture my angst.

She got to know me on an intimate level on the heels of a very dark and trying time in my life while were on tour together. We were in the same van day after day, sharing meals, conversations, gigs etc…. we were in the thick of it together and I couldn’t have asked for a better friend or a creative partner.

A lot of my lyrics tread the fine line between self accountability and power vs. self blame and shame. The death of the ego and the rise of the true self. We shot part of the video at beautiful point Dume, Malibu and kept it minimal and organic. We brought very limited wardrobe, no make-up artist or hair stylist, we hadn’t slept so we were pretty lucid and open, handing ourselves over to nature 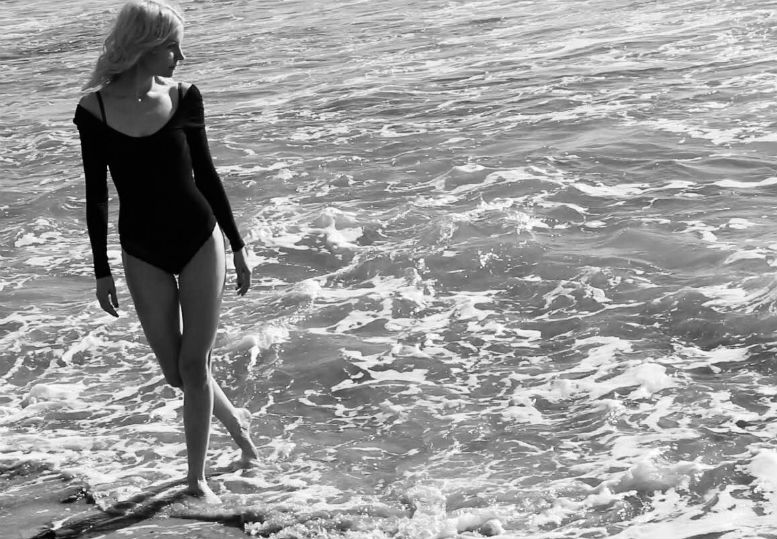 Rizz has a relaxed, stoner way of working which allowed me to really be able to let go and get into the environment, yet her eye gravitates towards the angular and dramatic which is the crux of her visual aesthetic and exactly what I felt suited the subject matter of the song.

The second part of the shoot took place at Rizz’s smoke filled Hollywood apartment. She blanketed me in dark shadowy projections and created more of damp, isolated, confessional environment. The contrast between the enclosed and the open complement the dichotomy of the lyrics and emotions behind the song.

What’s the idea behind the track?

Really there was nothing “fun” about writing this song… I had to go through an extreme amount of pain and self analysis to write “so hard” – especially lyrically. I was literal, vulnerable and bare here… the first line is “once I was yours, now I’m nothing”. I’m talking about how I found myself at an emotional rock bottom and was at a point where I basing my self worth on external circumstances, influences and people. I was at a point where I truly gave all my power away.

In this song I examine how I have a pattern of constantly trying to be in complete control, poised and gracious when on the inside I am falling apart and how I feel those tendencies can damage relationships, both prematurely and in the long run… How I blame myself for anything bad or painful in life. I also examine how it feels to want to be saved, wanting someone to UNDERSTAND so deeply that you hurt yourself more in the process when you don’t receive the empathy you so desire. 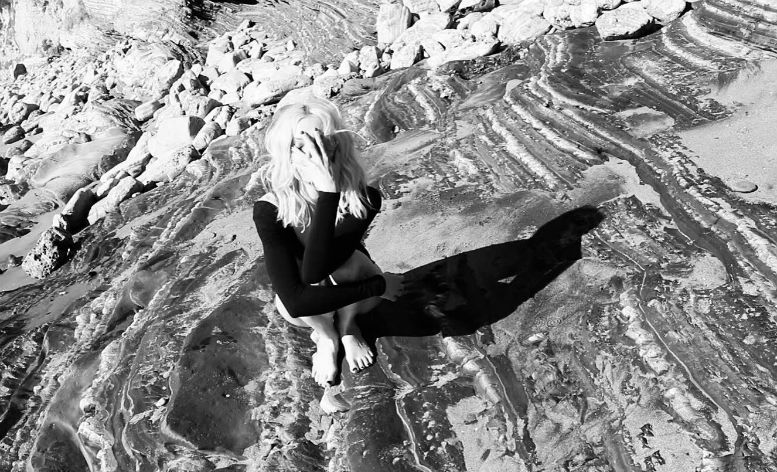 Tell us about your next shows in the UK and why we should be there.

I’m playing songs from my DIE ALONE EP and my album SPYING as well as one new track. I always have an amazing time in the UK, as I believe it’s my spiritual homeland. My friend of many years, Mercedes Lander from the band Kittie, will be on drums, and Richey Rose on guitar. We are performing as a power trio at the moment and the songs are sounding really huge with this line up.


Would you rather play in small venues or larger venues? Why?

I don’t mind where I play. It’s all about the connection with whoever happens to be there be it 12 or 12,000 people.

I don’t really listen to a lot of music on tour, I prefer to find solitude and quiet, reflective moments. If I have my headphone on, I am often listening to my own new mixes, ideas and snippets I’ve put in dropbox to access while I’m traveling. That said, I have been listening to “Deeper” by The Soft Moon a lot it’s such an emotionally charged album that lyrically and sonically finds a sweet spot between vulnerability/honesty and the self empowerment and steadfastness of a warrior. It’s an album I really relate to as a songwriter. Aside from that, other go to artists are House of Love, Depeche Mode, NIN, Stone Roses, PJ Harvey, Nick Cave + Anna Calvi.

I have a lot of unforgettable memories from my tours and travels, but the most special thing that can happen is making linspiring and beautiful connections with others.

There is no other option, I’ve never had a plan B. This is what I set out to do and who I am. Trying to imagine another path actually makes me physically ill.