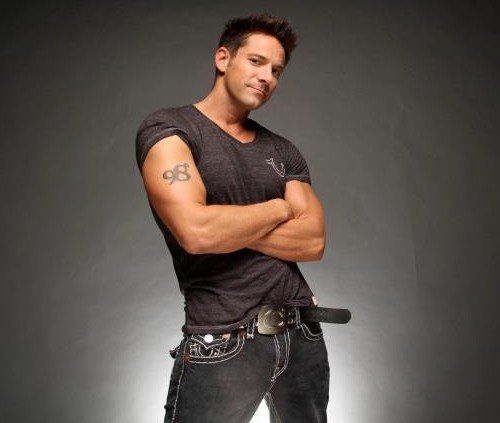 Earlier this month, millions of pop music fans were ecstatic when they heard the rumors that former ’90s boy band 98 Degrees was reuniting for a tour this summer…

But band member and soon-to-be-father Nick Lachey, wrote on Twitter: “So psyched to see all the excitement for a 98 degree tour, but the only tour I’ll be doing this summer is at baby’s ‘r us.” (Nick and his wife, Vanessa Lachey, are expecting their first child together this year.) 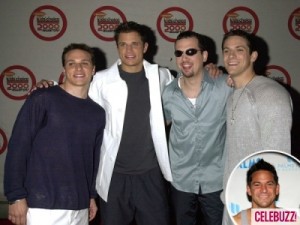 In an exclusive Q&A with Celebuzz, founder and creator of 98 Degrees Jeff Timmons opens up about any future plans:

“We had gotten serious about it,” he said, of the proposed summer tour. “So much so that a tour was being put together for us; a 15-city tour. We got on the phone, all of the guys discussed it, and it seemed like a go. And then not everybody wanted to do it, for various reasons. We make decisions collectively as a group; not one person make decisions. [Since] not all four of us were on the same page, we decided not to do it.”

Did Nick’s baby have anything to do with the boy band not reuniting? Not entirely, Timmons, 38, says.

“I know that it had come out that it was due possibly to Nick having a baby. I’m sure that played a small part into it, but I don’t think that was the main reason we didn’t get back together. I think that it was a number of things.”

News of 98 Degrees’ reunion tour came at an interesting moment for pop music, which is currently experiencing a revival of sorts of the boy-band era, thanks to groups like One Direction, The Wanted and Big Time Rush.

We’ve also seen collaborations with New Kids On the Block and The Backstreet Boys, and there have been stories for years now that No Doubt plans to reunite and release a new CD as well as the Jonas Brothers.

With so many reunions and revivals going on, is there any hope that 98 Degrees — who, as Timmons recalls, disbanded amid the tragic terrorist attacks on Sept. 11, 2001 — might get back into the studio and record? Probably not.

“I would love to get back in the studio with 98 degrees, but I just don’t think it’s gonna happen,” Timmons says.

“Some of us want to do music, and some of us don’t. We all gotta want to do it; we can’t be forced into that. It’ll come through in the music. So, I don’t think it’s gonna happen. I would love the opportunity, but right now it doesn’t seem like it’s gonna go down.”
Read more in celebuzz.com
jefftimmons.com