The ISPCC (Irish Society for the Prevention of Cruelty to Children) launched an anti-bullying awareness campaign highlighting the effect that bullying can have on young peoples’ lives; their selfesteem, their mental health and their sense of belonging. 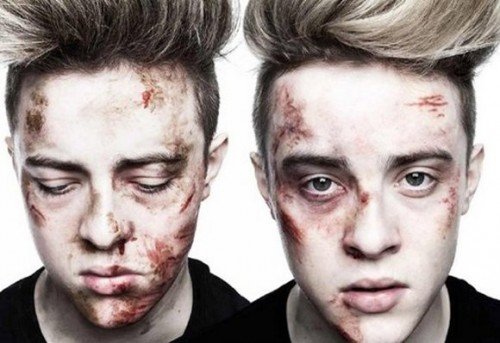 The campaign is the vision of Westlife’s Mark Feehily and a number of well known ISPCC ambassadors (Jedward, Saoirse Ronan, Louis Walsh, Laura Whitmore) along with Mark agreed to support the campaign by being photographed as victims of bullying. 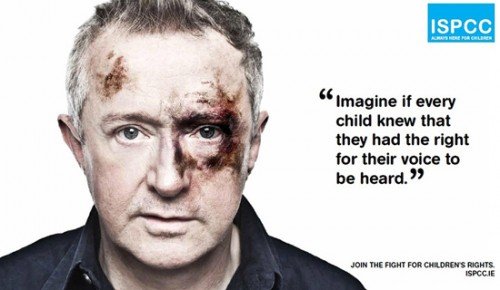 Last year the Childline service received around 2,300 calls and messages everyday from young people with almost a quarter of these contacts relating to abuse and welfare, including bullying as well as issues around mental health. 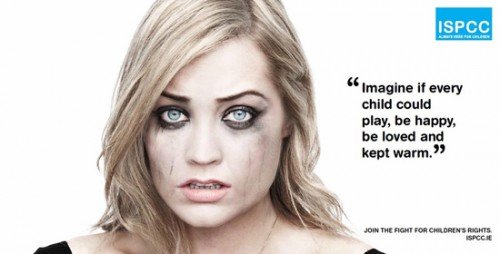 Bullying can impact greatly on a young person’s development leading to isolation, loneliness,depression and low self-esteem.

In recent years there have been some high profile and tragic cases, highlighting the detrimental and sometimes fatal effect of ongoing bullying and harassment.

Mark Feehily said: “I know at first hand how the impact of being bullied as a teenager can quite literally last a lifetime and I thought 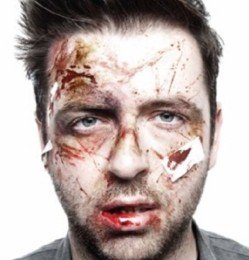 that if we could involve well known ISPCC ambassadors perhaps people will think twice about bullying or indeed allowing bullying to happen”.

Ashley Balbirnie, CEO, ISPCC said “We are very grateful to Mark Feehily and our ambassadors for their support in raising awareness of this important issue. At the ISPCC we strive to fight for children’s rights and bullying is something that is happening in many young peoples’ everyday lives.

From listening to children everyday, we know this to be true. Through our Childline service we hear first hand the stories of abuse and isolation that so many are experiencing. Through this campaign we hope that many of these can find the courage to tell someone.”

All those that took part in this particular campaign gave their services for free from photographer Barry McCall, make up artist Tom McInerney, JCDecaux, PML Poster Management, Screenlink and IPA Posters to the individual ambassadors.

Mark said “Everyone involved believes strongly that the message that emanates from each shot is a simple one. Bullying and abuse whether verbal, physical or emotional is unacceptable in today’s society”.

“I am delighted to be part of this worthwhile campaign for a charity that truly stands up for children’s rights”. Laura Whitmore

“If this campaign can stop one incident of bullying than in my book it has been a success”. Louis Walsh

“We were bullied at school but we were lucky in one way as we had each other. We know how first hand how horrible bullying can be and so we jumped at the
opportunity of being part of this campaign”. Jedward

“The message from each of these campaign photos is so strong and was a message I was very happy to be part of. Any form of bullying is unacceptable”. Saoirse Ronan.
ispcc.ie