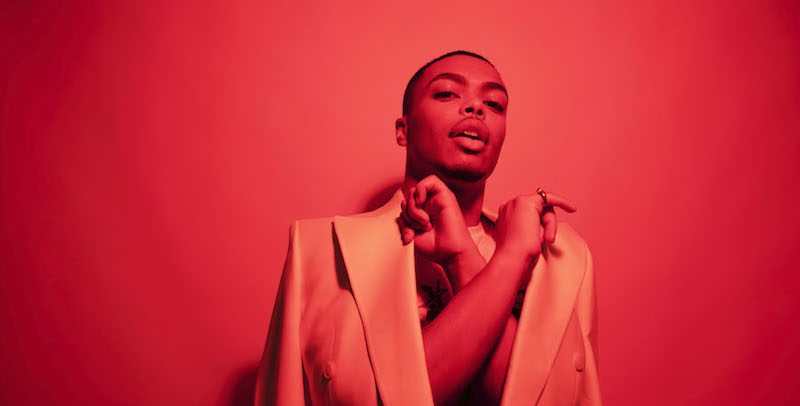 Following on from the release of his breakthrough debut EP The Deal, which landed at #8 on the iTunes R&B/Soul charts upon its release, pop, R&B and hip-hop chameleon Jean-Mikhael has now returned with his latest soul-infused belter Rollin alongside grime heavyweight Realz, continuing the bold and refreshing sound he has cultivated these last few years.

So with the artist now firmly back on our radar, we took the opportunity to sit him down and find out more about him, especially his musical influences and what he has in store for us later in the year.

My biggest influencers would be Prince, Michael Jackson and Chris Brown.

Your new single Rollin features Realz. Can you tell us how the track came about?

I originally wrote the track not having anyone in mind to be on it but then my team and I thought it would be good having a feature. I met Realz at The Great Escape Festival and our teams contacted each other after, and literally 2 weeks after, he put down his verse on the song. He brought a different energy to the track and it was definitely the perfect collab for it.

What is the inspiration behind your new release?

Well I wrote the song with Angel (Halo), who has written for some great people and we just had fun at first. I freestyled on the beat and the word Rollin and the melody kept coming up. So we went with that being the chorus and wrote in the bits that we thought needed changing. The whole idea about the song is about having fun, but also explaining the emotions and feelings as well.

My plans are to keep pushing ‘Rollin’ since it’s doing so well at the moment and getting a lot of love. To record some more material and just keep growing. Give better and better each time.

And finally, do you have some ultimate dream you would like to achieve as a musician?

I think my main dream is to be international. But that’s in time. I just want to touch as many people with my music and let them hear my experiences because they might be going through the same thing.

Jean-Mikhael’s new single Rollin is available to stream and download now. Have a listen to it below.