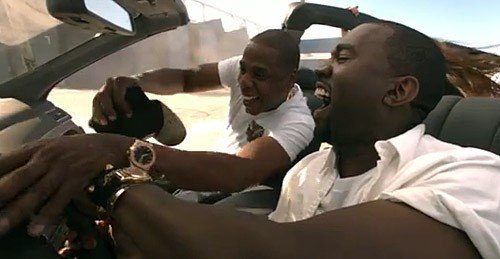 After the phenomenal success of their chart topping album WATCH THE THRONE, a 35 date sold out, critically acclaimed US tour and hot on the heels of their huge success at the 2012 Grammy Awards, winning the award for ‘Best Rap Performance’ (for their track ‘Otis’), superstars Kanye West and JAY Z’s collaboration ‘The Throne’ have today announced that they will be bringing the WATCH THE THRONE tour to Europe in 2012.
The European leg will visit arenas in the UK, Switzerland, Denmark, Norway, Sweden, France, Belgium, Germany and Ireland.

The longtime friends and music innovators inspired each other to new heights with their collaboration on WATCH THE THRONE recorded in person at various locations around the world.

Both JAY Z and Kanye West have each appeared as guests on the other’s stage, and now they come together for never-before-seen performances not only from their collaboration, WATCH THE THRONE but also songs from their classic catalogue.