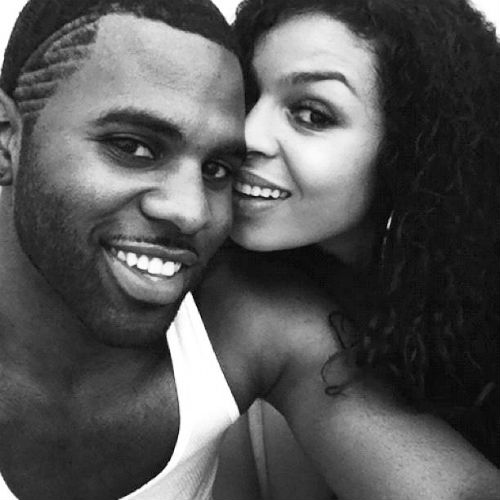 Despite not being engaged (yet), Jason Derulo penned a heartfelt track to his girlfriend Jordin Sparks called “Marry Me…and he is talking about his future wedding with Ms. Jordin Sparks!

hollyscoop.com caught up with the romantic crooner at KISS FM’s Jingle Ball concert over the weekend and asked Jason how he envisioned his future wedding with Jordin…and not surprisingly, he’s already got it all planned out.

He said “I think I’m simple sometimes and other times I’m like, ‘[I want it] extravagant,”

But before you assume Jason is going to pull a full-Kanye on us and turn into a groom-zilla, he stated that his future wedding is all in Jordin’s hands.

Nice one! But…We have a wedding tip for Jason and Jordi…get engaged first!