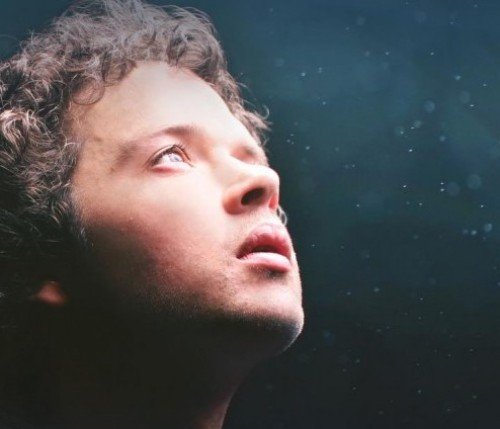 Hotly tipped singer/songwriter from Belfast Jason Clarke is rapidly making a name for himself as a real talent.

He has already supported such acts as Paulo Nutini, Shayne Ward and The Walls and continues to get similar high profile spots. With new EP ‘Under Cover’ due for release on May 8th and an upcoming tour as well.

Fame grabbed a few moment with his fellow countryman to discuss his work, the new release and this latest UK tour.

Under Cover is your second EP release how does it differ from
your previous releases?

I can’t tell you how many EP’s I have written, recorded, packaged and pulled them just before release. I’ve never truly been happy until now.

My Sparks EP last year my first official release & a great success, but this EP I believe to be my best material yet a 4 potential singles. I picked ‘Gotta Go’(the first radio single) from a hat…literally

How would you describe your music to a potential new fan?

This is the hardest question to answer, as people always want a genre, and I could give them about four that my music may fit into but what goods that!?

People often compare my music to to the likes of John Mayer, Kings of Leon, The Script & Paolo & vocally like Cat Stevens and Tracy Chapman. I’ll take that everyday

Do you have any particular method you use when writing your songs?

Most songs start with a guitar strum or hook, then I generally sing random words over it to create the vocal melody, which later turns into the lyric of the song.

I will generally know what I want to write about, and my songs seem to write themselves from there.

The key for me is to record everything – I have a brain like a sieve and there is nothing more frustrating than forgetting something that you thought had potential.

You are of course from Belfast, did you play the thriving pub and club scene, what was that like at the time?

This question sounds like I’ve been around for decades! I cant say I have played the pub/club circuit too much, simply because I’m a songwriter and people in the bar want to hear familiar songs.

I have been very honoured though to be asked to tour with many people including Paolo Nutini, Scott Matthews & Shayne Ward as well as playing my own shows. I love it here & there are some great bands emerging.

You are set to tour the UK again in April/May, do the UK fans
differ than Northern Irish ones?

I think the main problem is they can’t make out my accent at times!

It’s great to get across the water and play to new audiences and thankfully everything has been well received so far.

I try to write songs that everyone can relate to in some shape or form, and have a fantastic band that can deliver them.

Have you any advice for any young singer/songwriters reading who long to record their work and tour like yourself?

It’s not an easy industry and requires a lot of hard work, persistence and patience. It’s important not to hemorrhage money needlessly on studios.

Buy software for the computer, buy a microphone and record lots of demos. Gather up opinions on which song(s) are strongest and then hit the studio.

As far as touring goes, get your music in front of booking agents and don’t
expect to make fortunes!

Have you picked up any tips on performing and writing whilst on tour with the likes of Paolo Nutini?

The advise I was given a few years ago was just to keep writing writing writing. As I said earlier, it has taken me a long time and a lot of songs to be at the stage I am now, where I am happy with what I am writing.

It’s a learning process & like anything else, it will develop with practice.

What do you prefer big stadiums or smaller more intimate venues?

If people are listening dancing or singing to the music, it doesn’t matter were you are.

So what is next for Jason Clarke?

Well myself and the band are going to be getting about so to speak all being well.

There is talk of LA, Germany, Scandinavia and more shows in the UK of course.

I will also be knuckling down to work on my first album which should be available in early 2013, but for now its all about the ‘Undercover EP’ which is released in May. I can’t wait for people to hear it!

When I was about 10 I found a cassette @ my aunts house which I must have listened to it 100 times back to back with the headphones in – It was Michael Jackson’s ‘Bad’ album.

Music was always on in my house, be it Eurhythmics Van Morrison or Sting.

All those guys made me love music. Nowadays I’m listening a lot to the likes of John Mayer, Gavin Degraw, Adele, The Script and Kings of Leon to name but a few.

Are there any acts that you would like to collaborate with?

I have written a couple of duets that I hope have great potential; I’d love to record them soon.

They would need a strong vocalist so the likes of Emeli Sande, Katy Perry, Pixie Lott or Jesse J would be great. I’d also love to vocal on a dance song.

I hear Guetta isn’t bad at those…