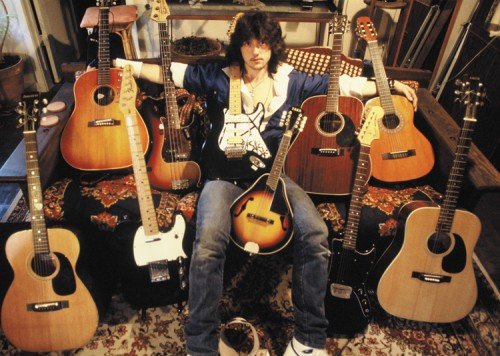 JASON BECKER: NOT DEAD YET is not just a film for music lovers, it’s more than that.

It’s a film for lovers of life, of families, of the human spirit. A more amazing story it’s doubtful you will ever hear.Child protégés are often precocious, nauseating and have the uncanny knack of filling you with jealousy.

Jason Becker is different, very different, brought up in Richmond California, a poor suburb of San Francisco. His family is close and artistic, his father is a painter and keen guitarist, his uncle also plays the guitar.

Young Jason picked up his first guitar at the age of 5, able to play Eric Clapton solos by the age of 12 andvarious classical pieces. He wows at school performances and open mic shows.

At 16 he answers an advert for a local record label looking for the best new guitar talent. 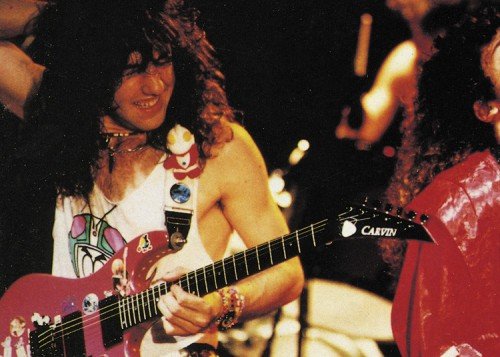 The warmth of his family is obvious, their encouragement of their son in his obvious talent is in no way ‘pushy parents’, they’re more nurturers allowing him the opportunity to practice, hone, and perfect his guitar playing skills.

Dreams can be achieved, and Jason is achieving his dream, he’s not your typical hard
rocker, there are no late night parties, wrecking of hotel rooms, just practice, practice, and more practice.

But it all pays off, Jason is given the opportunity to fulfil his potential, and live every budding rock god’s dream, as he’s offered the chance to join David Lee Roth as lead guitarist in his band.

Jason grabs the opportunity with both hands and wows everyone, invited into the band, they start recording a new album. Stardom beckons. 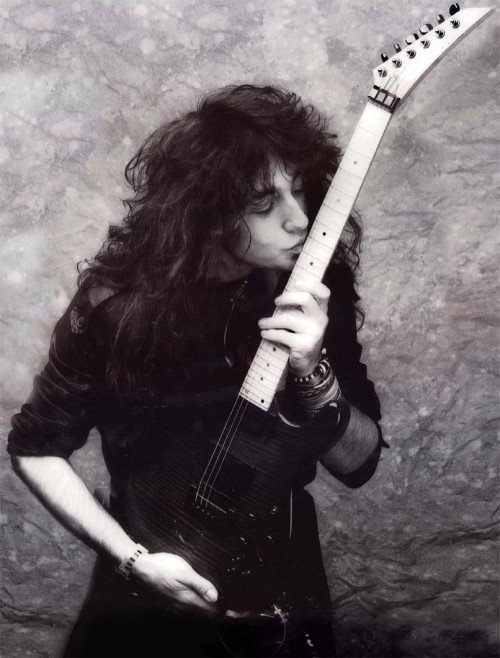 After a routine visit to the doctors to investigate a limp that he’d developed in his leg Jason is given the diagnosis that will change his and his families, life forever.

Jason is diagnosed with Amyotrophic Lateral Sclerosis (ALS), also known as Lou Gehrig’s
disease. An incurable neurodegenerative disease that ravages the body causing the loss of almost all muscle control, while the mind remains 100% intact it is trapped within an inoperable body. Most sufferers are in old age, Jason was just 19.

Most suffers of ALS live for, on average, 5yrs. Jason was diagnosed 22yrs ago.

He’s now cared for by his parents, friends and other family members. His father has
developed a technique whereby Jason can communicate using his eyes; a friend has developed a computer program that allows Jason to still make music.

His verve for life is still evident, his humour intact, and the love of his family and his passion for music is what keeps him going.

This is a true life affirming story, which can only inspire. The interviews with Jason’s
parents are emotional, filled with love for their son. Jesse Vile the film director is
clearly a fan of Jason Becker’s music, but this is far from a fan fuelled film, this is
almost a study in survival.

‘Locked In Syndrome’ has been very much in the news recently in regards to assisted suicide, but what is inspiring about the story of Jason Becker is that at no point is this even considered, his love for music is what keeps him going, and virtually shines out of him.

Despite the undoubted love that flows from this film it is at no stage mawkish, or maudlin. Human courage and endeavour is at its core. You find yourself laughing along with Jason, crying with his mother, and wanting to hug his dad. Rather than being a film about illness, or music, it’s a film about love.

More than worth watching, this film is as close to a must see as you can get. For some it may even change their life. Maybe that is Jason Becker’s legacy? Rather than giving in in the face of extreme adversity he continues to rock on.
Review by Alistair Canlin
jasonbeckermovie.com
Out on 16th Nov to cinemas and on 3rd Dec on DVD