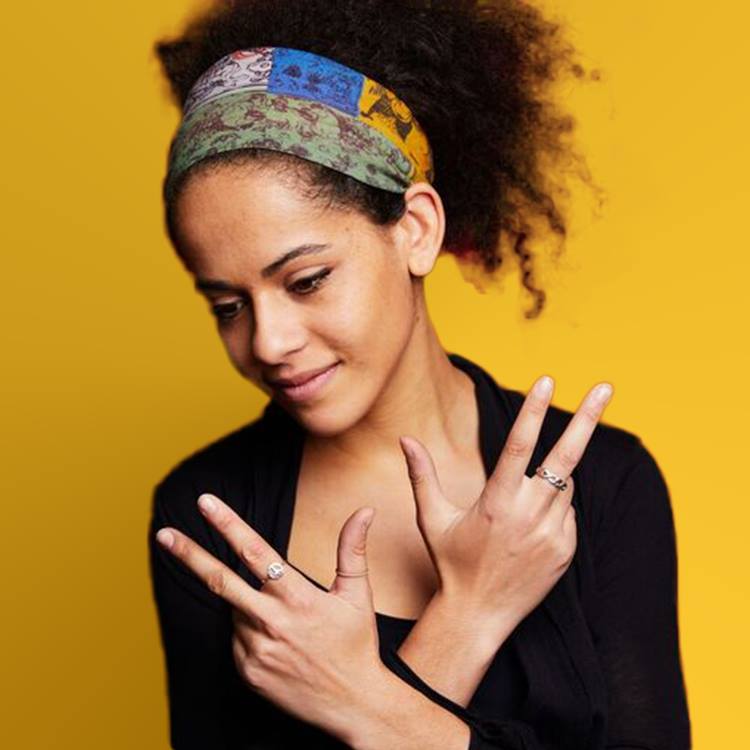 “Growing up I got a lot of comments. People got confused like it was so strange to see a girl behind the drums and they’d say things like ‘Oh, you’re really good for a girl’.”

Last month the brilliant young drummer, Jas Kayser was featured in Uncovered, a Youtube series from Women in Jazz aiming to spotlight some of the incredible female talents in the industry. Galvanized by the sounds of Fela Kuti and similar veterans of West African highlife music, Jas represents that burgeoning intersection of genres where afro-beat meets swing- and as the numbers of people with appetites for such lively, hybrid tunes rise, so does Jas’ profile.

In an interview with FAME, she tells us that one of her favourite things about the drums is the duty of keeping everyone else in check: “Typically people call it the heartbeat of the band… It’s a big responsibility but it’s a good one because you can really bring the energy.”

Her mastery of tempo has recently landed her the opportunities to play with greats such as Lenny Kravitz and more recently, a spot in Jorja Smith’s Band. It’s clear that Jas is far from a rookie yet she says that she still encounters shocked faces when she picks up her sticks.

Having dedicated much of her 25-year-old life to her craft, Jas says people’s surprise to see a Black woman behind the drums is sometimes tiring: “Growing up I got a lot of comments. People got confused like it was so strange to see a girl behind the drums and they’d say things like ‘Oh, you’re really good for a girl’.”

“I understand…obviously there aren’t a lot of women playing the drums.” She adds, “There definitely could be more if we were making more of an effort to [normalise] it.”

Challenging people’s ideas of what a lead drummer or great jazz musician should look like (or more specifically, what they should have between their legs) is at the core of Women in Jazz’s mission. The organisation was founded in 2018, by cousins Louise Paley and Nina Fine who were sick of seeing rising female stars getting their lights dimmed by the realities of having to navigate such a male-dominated landscape. Today, only 5% of jazz musicians are women. Uncovered is all about redressing this by showing aspiring female artists that they’re capable of great things.

Having experienced the downsides of this imbalance first-hand, Jas supports their mission wholeheartedly. She credits much of her success to the array of female role models that she’s had throughout her career and recognises that her experience is rare: “A lot of my teachers have been women, which I feel very fortunate to have had. Especially now that I realise how important it is to have role models that you can see yourself in, I’m very grateful.” She says.

During her training at the esteemed Berklee College of music in Boston, Jas was lucky enough to experience the music scene in all its diverse glory. She recalls one of the most impactful performances of her career as the time she got to share a stage with fellow Black woman and three-time Grammy award winner, Terri Lynne Carrington: “That was kind of my dream moment, playing with my idol.” She says.

Over the years, Jas has worked with lots of other inspiring female musicians. She recalls lessons with composer Nikki Iles and drummer Cindy Blackman as amongst the most influential. These days, the student has become the teacher; alongside gigging and recording original beats like the ones on show in her debut EP, Unforced Rhythm of Grace, Jas makes time to teach drums to the next generation of stars: “I’ve got three students who are girls.” She beams, “There’s definitely many more [of us] on the way up”.