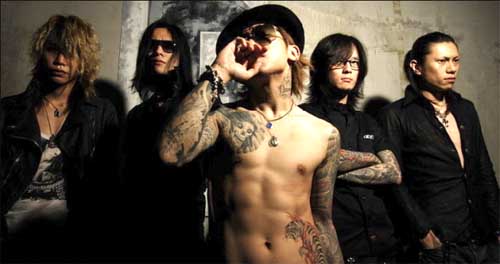 DIR EN GREY have today been added to the line-up for the Kerrang Relentless Tour 2009 which starts @ The Mandela Hall, Belfast, on Tuesday 13th January.

Dir en grey are a Japanese band formed in 1997, and first attracted main stream attention in 1998 when they entered the Top 10 on the Oricon Music Charts with the still independently produced Jealous. 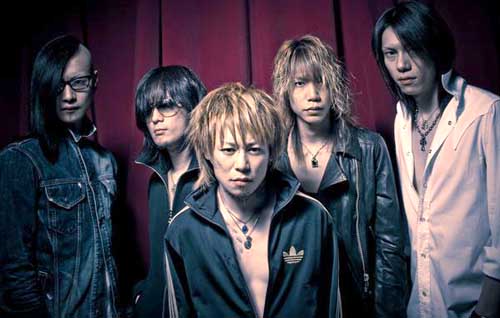 The band toured Europe for the first time in 2005, and performed at two major festivals, Rock am Ring and Rock im Park. Dir en grey also appeared on the Japanese leg of the ‘Taste Of Chaos’ Tour.

Their first official album release in 2005 was Withering To Death. Several Dir en grey songs were featured on the soundtrack of the film Death Trance that year.

In 2006, the band toured the US and appeared as the South By Southwest Festival, and the album Withering To Death was released in America. In Ocotber that year, the band performed at the Loudpark Festival, alongside Megadeth, Slayer and Children of Bodom. Their music video for Saku was voted No. 1 for 2006 on the MTV2 show, Headbanger’s Ball.

In 2007, their sixth full length album, The Marrow Of A Bone was released in Japan, followed by the US and Europe. They were the opening act for Deftones on the US tour, and also performed their debut shows in Denmark, Finland, Poland and the UK.

At the beginning of 2007, the band announced plans to record a studio album. Their seventh studio album Uroboros was released in the US on 22nd November 2008. They are currently touring the US and Canada, coinciding with the release of their album.

In January 2009, they make their first tour of the UK and Ireland as special guests on the Kerrang Relentless Tour 2009 together with Mindless Self Indulgence, Bring Me The Horizon, Black Tide and In Case Of Fire
KERRANG RELENTLESS TOUR 2009
MINDLESS SELF INDULGENCE
DIR EN GREY
Bring Me The Horizon
Black Tide
In Case Of Fire
Mandela Hall Belfast
Tuesday 13th January 2009
Tickets £19.50 available from all Ticketmaster outlets and Queens Students Union
Credit Card Bookings 0870 2434455
Book online @ www.ticketmaster.ie / wonderlandpromotions.co.uk / qubsu-ents.com
** Over 14’s Show **