JANUARY JONES OPENS UP TO W MAGAZINE ON X-MEN, MAD MEN, AND FACING THE PAPARAZZI. 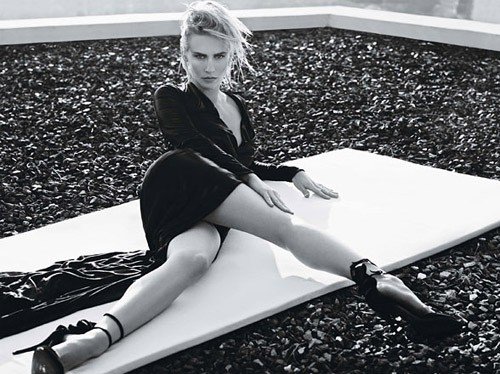 Although she was named after January Wayne, the prototypical Seventies heroine of Jacqueline Susann’s Once Is Not Enough, January Jones projects the cool but complicated leading ladies (Deneuve!) of the Sixties: gorgeous but mysterious.

Beauty has its own undeniable power, and the 33-year-old Jones uses her looks to seduce and agitate. Her portrayal of Betty Draper on Mad Men, the ultimate trophy housewife, is complex and disturbing. 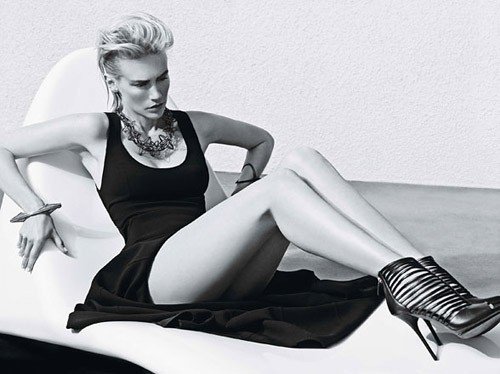 Emma Frost, Jones’s character in X-Men: First Class, is much darker than her pure-white ensembles. Frost can read minds and transform into a diamond: a diabolical and alluring combination. “Emma Frost was not in the earlier X-Men movies, so I wanted to make her true to the way she is in the comic books. I’m one of the most powerful mutants,” Jones said, laughing. “It’s fun to imagine what life would be like as a diamond.” 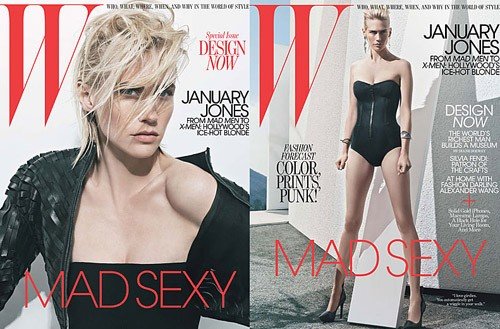 Do you like Betty? She’s superficial, strange, and often mean, and yet fascinating.
I don’t judge Betty or necessarily understand her. The audience is passionate about her. After season one they wanted her to speak out against Don and his infidelities. Then in season two, when she did, there was a huge reaction against Betty. They want her to talk—just not too much. 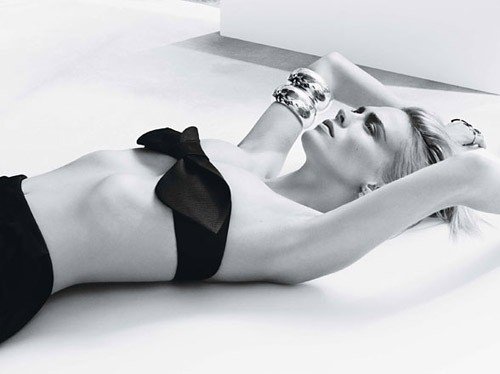 You often seem to be cast as a villain—Betty Draper has a scary mean streak, and in X-Men: First Class [out June 3], you play Emma Frost, aka Diamond Girl.
It’s a huge responsibility! [Laughs] And I’m a villain. As Emma Frost I’m telepathic, and I can turn into a diamond, which means I’m very, very cold. I always wear white: lots of iridescent stretch leather, lots of sparkle, and ass-kicking white boots.
You will get a zillion marriage proposals at Comic-Con. 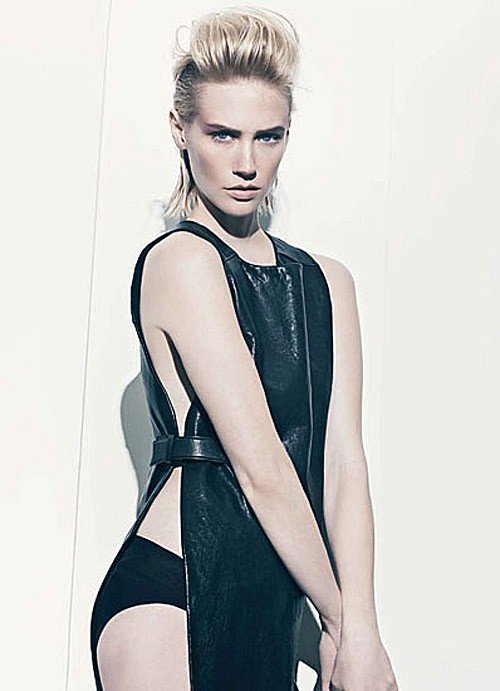 A lot of people—men and women!—probably went as Betty Draper for Halloween.
Who knows? But because of the clothes, I understand. It’s strange, but when the season ends I miss wearing all Betty’s underpinnings. I love long-line bras and girdles. There’s a sexiness about girdles—on Mad Men I wear them four months out of the year, and I see my body changing. When you wear a girdle, you can’t bend in the usual way. Your thighs are cinched together, which makes your stride shorter. You automatically get a wiggle in your walk. It’s sexy. 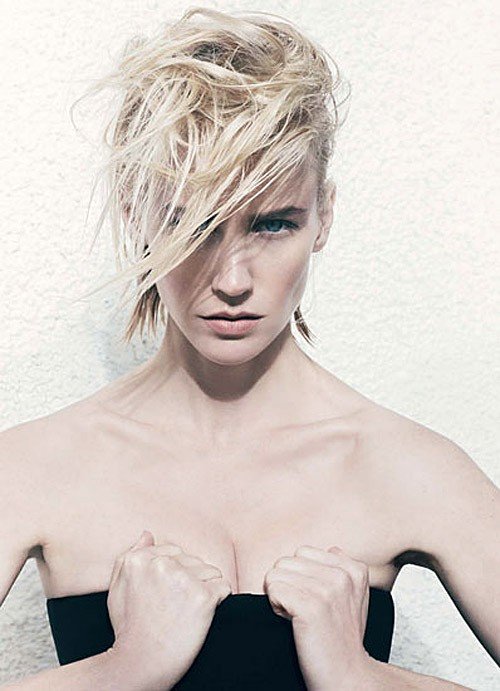 When you’re out of costume, do you get recognized?
Yes. The paparazzi are lining my street, waiting for me to come out of the house. And I’m always doing the same thing: walking the dog. My poor dog is getting to know all the photographers. I say to him, “Why aren’t you barking?! These aren’t your friends.”
By Lynn Hirschberg ,Photographs by Craig McDean , Styled by Lori Goldstein.
Read More on www.wmagazine.com