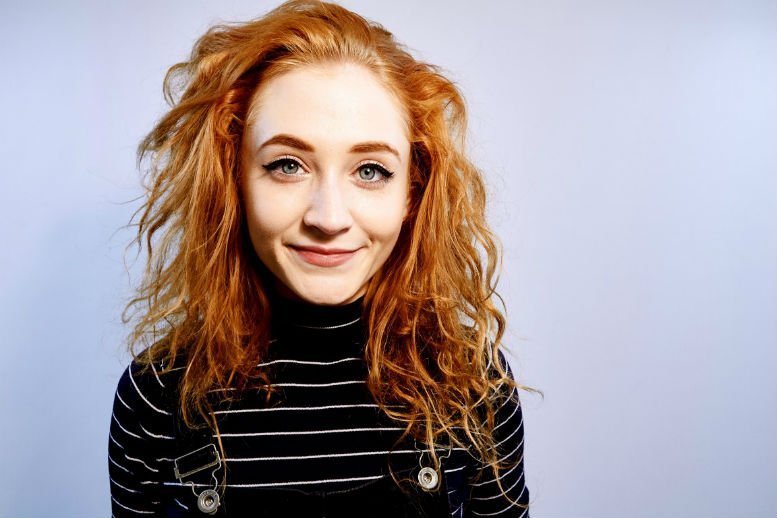 Flame-haired Northern Irish pop-princess Janet Devlin, returns with this catchy folk-driven pop gem called ‘Outernet Song’ (out October 7), about the necessity for a group ‘digital detox’ for all.
On the song’s very personal take on our obsession with the Internet and social media, she says…“This song has long history, started writing it on my ukulele when I was 19. Too many mornings spent watching TV and being told how to dress, how to look, and what to eat had worn away my confidence.”

On her response to some of the criticism she’s faced in her YouTube comments, she says: “I discovered negative remarks about my appearance, unkind assessments of my talent and apparently being over the hill (at age 20!). I soon became pretty desensitised to it all and learnt to ignore them; but not before writing down how I felt to help me process my feelings and move on.”

On taking a kind of social media holiday that she sings about on ‘Outernet Song’?…“Yes. Just a small break is a window to re-evaluate. Sometimes we just need to step outside for a little while and go pet a dog or something. Am I saying that we should run through the meadows into the open arms of Mother Nature and hug trees? No. I mean pressing the pause button on the never-ending scroll. Doing something other than waiting for notifications, emails or likes. Then come back to the magnificent world that is the Internet and see it for what it really is. A perfect place to Google videos of dogs surfing.”

In other news…Janet also finished filming her screen debut for indie film, ‘Songbird,’ which features two original songs written by Janet especially for the soundtrack.