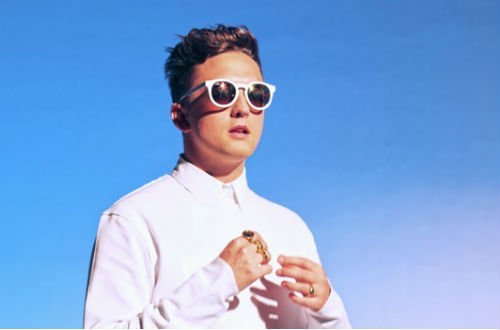 James (under the name Bitches With Wolves) started his musical career by conning a club promoter at a party a few years ago…After playing open-mic nights in clubs in Dublin, performing at pretty much every key festival in Ireland and beyond and supporting Scissor Sisters, Calvin Harris, Tinie Tempah and Hercules & Love Affair to name but a few, he moved to London.

Can you tell us 3 things we should know about James Wolf?

Emerald reared, London living; Performing at Proud Galleries on February 5th; and always up for a good time.

What’s the story behind your new track ‘Can’t Get Enough’ and what were your influences whilst writing this record?

Making it, I was really influenced by the Magician and people like Sylvester and even Haim. I swear in another life I must have been born along the equator, as all music has some sort of tropical influence in it and Can’t Get Enough has the most. 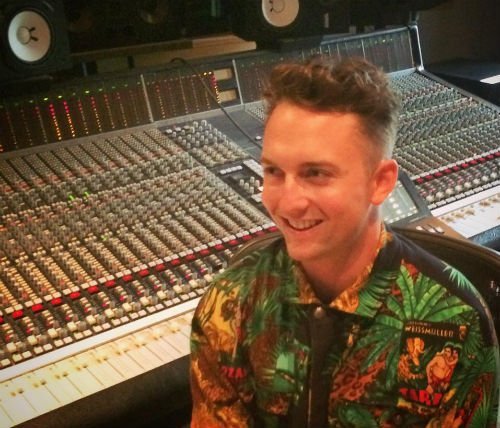 What’s the best and worst thing about playing clubs in Ireland? Any crazy story you would like to share with us?

Oh so many! I once did a show at a night called Tac in Dublin where for no apparent reason, the whole crowd took off their clothes and stormed the stage. I didn’t know what the hell was going on, so figured I’d keep going and just join in.  It was mega fun.

You worked with cutting-edge producers as Roy Kerr,  MSMSMSM, the Nexus (Lana Del Rey, Hurts), and garage superstar Mike Delinquent and Tom Neville . If you could collaborate with anyone else, who would it be?

Oh there are so many! I’m a massive fan of Roisin Murphy and think she is so badass, so I’d love to do something with her. I’ve also been obsessed with the Magician since his Aeroplane days and would love to collaborate on some music with him. He’s a total BOSS.

Musically I’m influenced by everything from old school disco to gospel, K-Pop , classical, you name it. There’s something to learn from every genre and keeping my ears open helps me to come up with new ideas.

Outside of music, I’m worryingly swayed by my friends. They can be such a bad influence. I joke! They probably say I’m the terror, which I’m ok with.

For 2015, I want to release a rake load more music, so keep your eyes peeled. I also really want to go to Japan.

I listen to everything from John Grant and Kate Bush to old school Madonna and 90’s dance. It really just depends on the mood.