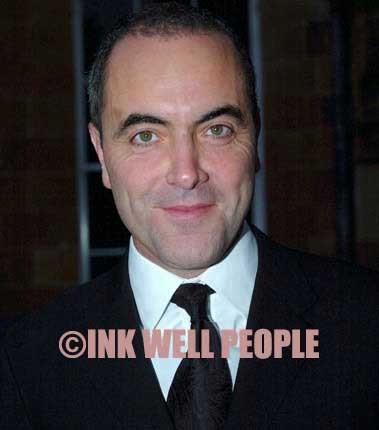 Photo by Fabrizio Belluschi
Filming begins next week on the three part drama, produced by Carnival Films, which tells the timely story of a terrifying conspiracy, reaching the highest echelons of power.

Nesbitt (Murphyâ€™s Law, Jekyll, Bloody Sunday) plays Max Raban, a former journalist reduced to raking through bins for tacky celebrity stories to sell to the tabloids. But everything changes when his nocturnal rummaging uncovers a frightening world of deceit and distrust with fatal consequences.

Rabanâ€™s life begins to fall apart when his estranged wife is murdered and heâ€™s framed for the crime, forcing him to become a fugitive. But Raban discovers a death squad is at work and heâ€™s determined to expose the truth about the brutal killers.

Laura Mackie, Director of Drama at ITV says: â€œDavid Kaneâ€™s Midnight Man is a fast-paced, slick thriller full of intrigue and conspiracy that has attracted a fantastic cast led by James Nesbitt, who we are delighted to have back on ITV1.â€

Gareth Neame, Managing Director of Carnival Films, says: â€œDavid Kane has created a magnificent unlikely hero in Max and Iâ€™m excited to see James Nesbitt play him. Midnight Man is a smart and sophisticated thriller which will take audiences on a journey of suspense, intrigue and suspicion. It provides a modern twist on the traditional conspiracy thriller, with a strong character element.â€

The series is set for transmission on ITV1 next year.