NORTHERN Ireland actor James Nesbitt has ruled out the possibility of replacing David Tennant to become the next Doctor Who, saying it would be “career suicide”.
The Coleraine-born star said he couldn’t step into the shoes of Tennant, who has become the most popular Doctor so far.
Tennant was voted Best Doctor by readers of Doctor Who magazine as well as coolest character on UK television in a Radio Times survey. Nesbitt, 43, best known for his roles in TV dramas Cold Feet and Murphy’s Law, has been tipped as a candidate for the next Time Lord since Tennant announced his departure. 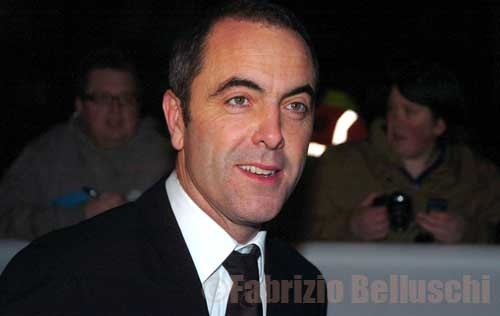 Nesbitt recently appeared in the TV drama Jekyll, a series about a modern descendant of Dr Jekyll written by Steven Moffat, who is taking over from Russell T Davies as lead writer and executive producer on Doctor Who.
Moffat and Nesbitt’s previous working relationship has increased speculation that James will be the next Doctor.
But the local actor has reportedly ruled himself out saying he would never do a better job than David Tennant.
Nesbitt was not a popular choice among fans of the hit sci-fi show.