PRODUCTION stills have been released of one of James Nesbitt’s latest films where he stars alongside Emilio Estevez and Martin Sheen.

The Way, which is the story of an American doctor who goes to France after the tragic death of his son to recover the body. 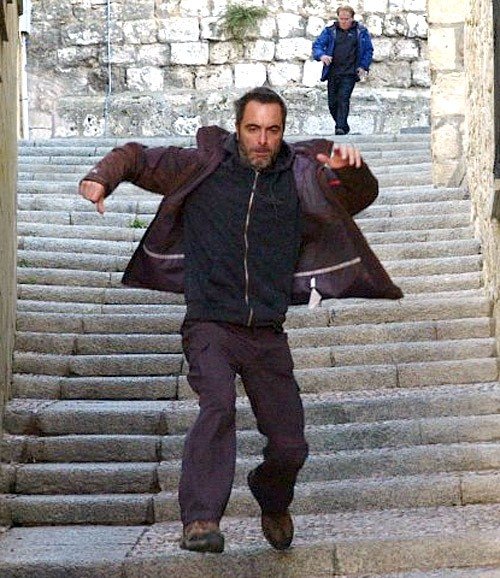 However, in a combination of grief and homage to his son, Tom decides to journey on this path of pilgrims.

While walking The Camino, Tom meets others from around the world (three in particular), all broken and looking for greater meaning in their lives. 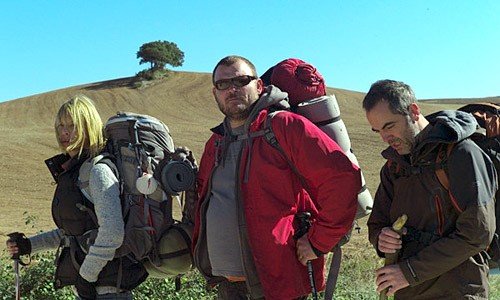 According to production sources along The Way Tom discovers the meaning of one of the last things his son said (in a flashback) to his father.

James added: The film was written and directed by Emilio [Estevez], Martin [Sheen], his father, myself and a couple of other actors, it’s about four people who meet on the Camino de Santiago, which is the ancient pilgrimage of St James that goes all the way across northern Spain. It’s fabulous. 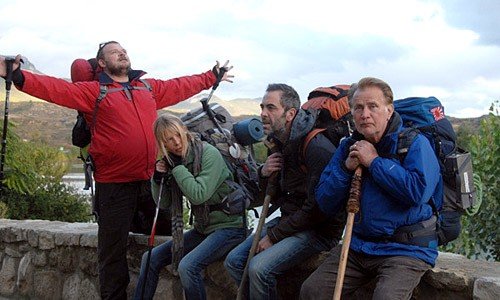 The film will probably go to the Venice film festival and then hopefully be out here in the New Year.

And although James is one of the few actors who has successfully worked in both TV and film he claims he doesn’t have a favourite and is just happy he’s working at all.

He added: I don’t think it’s something about which you can make a choice. Some of the best stuff is shot on film for television, and we don’t have a massive film industry here. 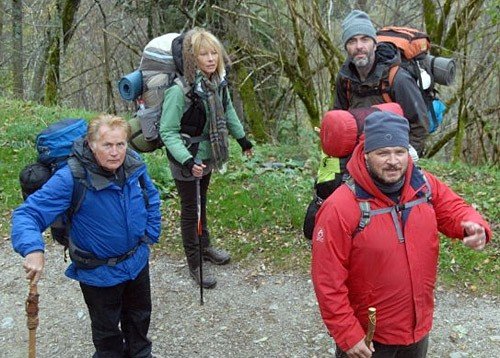 I have no real preference, but even though I’m 45 you still think it’s cooler to say you’re doing a film, you know? Apart from that – in these difficult times, it’s just nice to get work.
By Tina Calder