EXCLUSIVE
By Tina Calder
Photos by Fabrizio Belluschi
MURPHY’S LAW star James Nesbitt has revealed he’s happy to put himself through grueling charity work if it helps just one person.
This week the Coleraine actor was in Belfast last week to support two of his favourite charities Families of the Disappeared and WAVE the cross-community organisation that supports people bereaved or traumatised by the Troubles.

James, who is also involved with UNICEF, said some times it can be hard to cope with the stories and scenes he witnesses.

Speaking at the Hillsborough Castle where he hosted An Evening Of Elegance for WAVE he added: It’s hugely important for me to be involved in charity events like this. I’ve been associated with WAVE for a number of years now. Events like tonight work in two ways  it highlights the work we’re doing and raises funds for the organisation.

I don’t really know what made me choose this charity above others to support, I went to visit them and I met kids who lost parents, parents who lost kids. I heard terrible tales and I was touched by them.

I’ve travelled all over the world with UNICEF and it’s awful, there’s pain everywhere but with that there’s optimism.

I don’t consider this work, I consider it a privilege; I mean it can be quite gruelling, but it’s incredibly rewarding.
I’m not doing this for cynical motives, I’m doing it because it’s something I enjoy.”

James was also joined by showbiz pal Patrick Kielty who took time out of his rehearsals for A Night In November to attend the fashion event supported by Isaac Agnew Audi cars, Lunns, The Merchant Hotel, Harper and The Belleek.
artwaveni.com 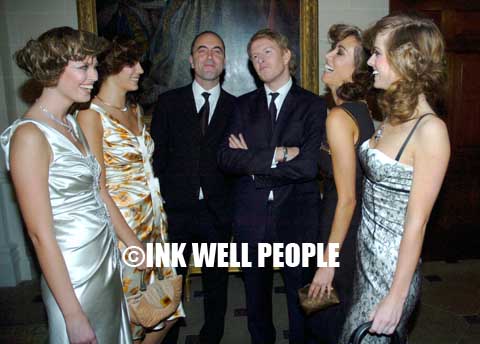 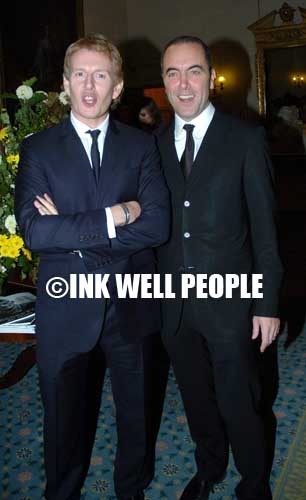