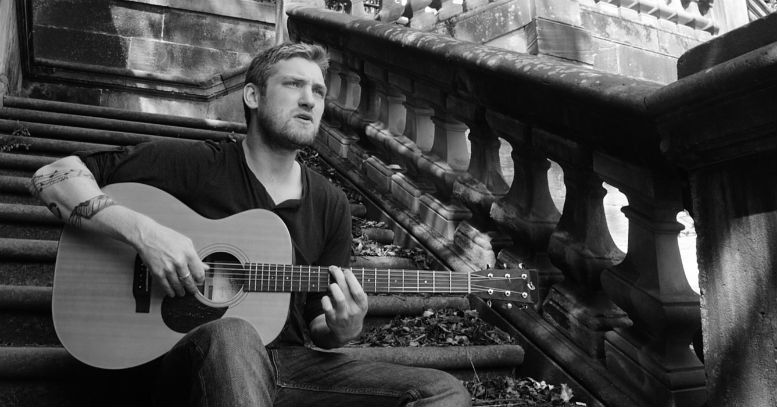 28 year old singer/songwriter from Inverness, James Mackenzie, has been performing for a number of years already with his band The Aquascene but he’s now ready to take that leap of faith and go it alone.

He’s already received support from the likes of BBC Introducing’s Ally McCrae as well as XFM’s Jim Gellatly and has even supported Idlewild’s Roddy Woomble.

His latest EP ‘Winter’ brings out emotion and tenderness by the bucket load. It’s a great showcase for Mackenzie’s warm, husky vocals and acoustic guitar to take centre stage and create an intimate vibe that is truly heartwarming to listen. The video that accompanies opening track ‘Maybe’, all the more so due to the two adorable children making their acting debut allowing Mackenzie’s lyrics to come to life as a result.

‘My Song’ could easily be an Oasis b-side, as Mackenzie’s ability to sound like not one but both of the Gallagher brothers is uncanny, not to mention the guitar style – the only thing that breaks the illusion is the Scottish twang on some of the words.

‘I’m Sorry’ is a folk-dancehall number (think 40s London as opposed to Jamaica) with gorgeous piano accompaniment, while EP closer ‘It’s All Good’ (which you can download for free) lulls you along until bam – James voice takes on a life of its own as he reaches into the very depth of his soul and pulls out a heart wrenching scream of an outro.

We look forward to hearing more from James, and if you’re in Scotland be sure to keep an eye out for where he’s playing – it’s sure to be a hell of a show.