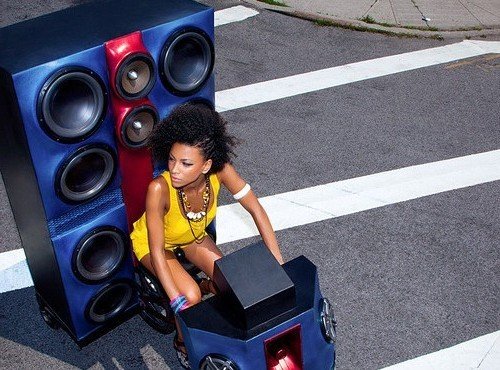 
They return to the UK for just the second time at London’s Jazz Cafe on May 5.

Founded by producers Eugene Cho and Dan Balis in 2006, and fronted by striking Parisian lead singer Adeline Michèle, this sometimes-seventeen-strong disco orchestra have played with everyone from Arcade Fire and Beirut to avant-classical luminaries Alarm Will Sound.

Together, the band’s sound mixes lush, classic dance with crisp, modern pop, as at home alongside their disco luminaries (Chic, Earth Wind & Fire) as they are in a world post-LCD-Soundsystem.

“We wanted to make records in the spirit of the old ones we were sampling,” says Balis,

The name Escort came to Balis when “taking my cat to the vet in Ridgewood, Queens, and noticing that my carrier was called a ‘pet escort.'”