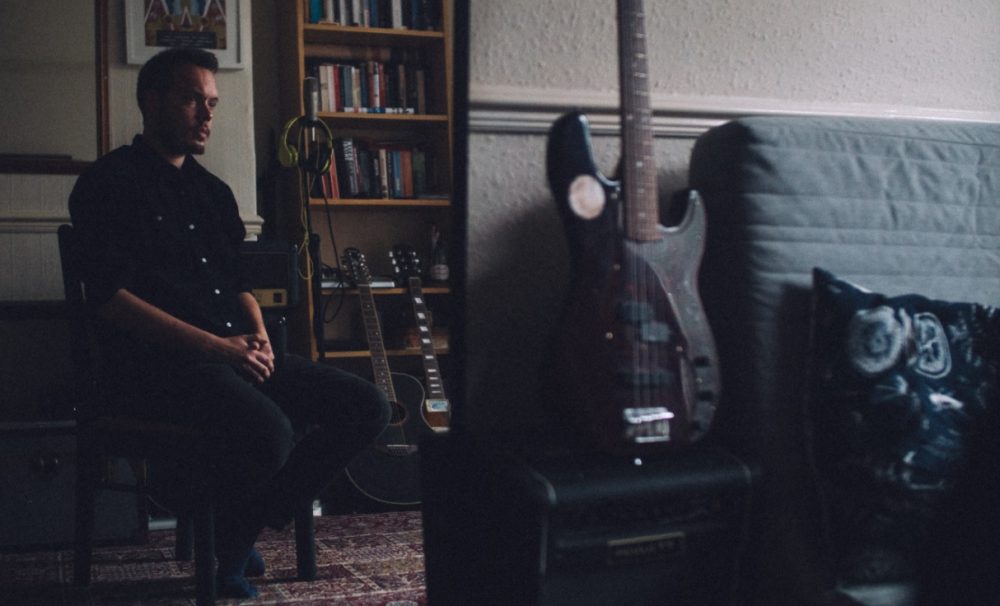 Cardiff-based singer-songwriter Ivan Moult returns and shines with his new album called ‘Longest Shadow’ (out 20th April via Bubblewrap Collective). The album is a collection of lushly personal and reflective tunes…The single ‘Lay Me Down’ is the ideal prelude to Moult’s darkly pensive and yet captivating soundscapes.

Very good thanks, enjoying some rare snow in Cardiff as I write!

Tell us what your new single ‘Lay me Down’ is all about:

It’s about the feeling of giving in to despair when everything feels a bit too much but then trying to rally, and strive on.

You’ve been compared to the likes of Nick Drake and Jeff Buckley – would you say they’re fair comparisons?

They’re two artists whom I’ve loved and listened to since I was young so it’s a comparison I certainly appreciate; I think influences tend to come through, but hopefully I’m original enough for it not to be a rip off.

If you were stuck on a desert island with one celebrity, who would it be and why?

I’ll use the term celebrity loosely here – Delia Smith; Chef extraordinaire and the owner of my beloved Canaries (Norwich City FC), we could talk football and hopefully she’d be able to stop us starving.

Spring, a time of renewal.

Tell us about your upcoming album ‘Longest Shadow’ – any songwriting tips?

Put simply, it’s an album about the start, beginning and end of a relationship. We parted relatively amicably so it’s a positive reflection on a process we’ve all been through, which I think is relatable to most. I would always recommend writing from the heart, whether that be romantic, political or anything else. Try not to be inhibited and write for yourself without an audience in mind.

Gigs! I’m looking to play as much as I can and then inevitably start the whole process over again (without the heartache). I’m really glad we’ve got some arts council funding to help us with this album which is a first and really appreciated.

Our album launch is the 28th March at Buffalo Bar in Cardiff, also looking forward to a few festivals such as Focus Wales in Wrexham in 12th May and Unearthed Festival in Pembrokeshire on 30th June.