Almost a year ago Simon, Paula and Randy began their search to find the seventh American Idol. Months later and the grand finale is here! This year over a million contestants applied to go the show and amongst them were some of the strongest singers ever seen on the show before, now all that remain are the two finalists.

On the 22nd May at 8pm on ITV2 the duo will give their last performances of the series. Then on the 23rd May at 9pm all will be revealed in a spectacular results show when we find out who will be crowned the sixth American Idol.

This year has seen the a record number of applicants, the number of votes cast throughout the series has run into many millions and Idol Gives Back raised over $65 million for charity. The series has also had the highest calibre of guest appearances that have included Annie Lennox, Celine Dion, Mariah Carey, Andrew Lloyd Weber, John Legend, Maroon 5 and Snoop Dogg and Fergie amongst many others. The remaining two contestants who will battle it out in the finale will be announced on the results show on the 16th May. In the running are David Archuleta, David Cook, Jason Castro and Syesha Mercado. 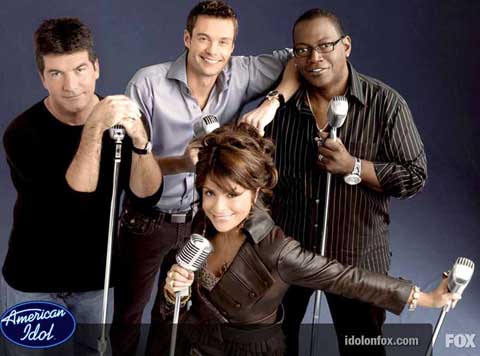 The two parts of grand finale will be recorded at the CBS Studios theatre in LA. In the first show (Thursday the 22nd May) each finalist will perform a carefully selected collection of songs that will really showcase their musical ability. The public will be listening with a keen ear and then voting in their droves, so a single mistake could cost a finalist their chance to win the title. Theyâ€™ll also be joined by familiar faces previous series and famous guest artists. 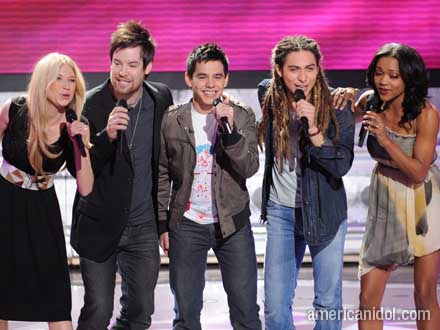 After the performances Simon Cowell, Randy Jackson and Paula Abdul will give their comments for the last time and make an appraisal of the finalists. And then we waitâ€¦

…we wait for the public to cast their vote and decide the fate of the two final hopefuls. Who will it be? Tune in on Friday the 23rd May to find out who will be crowned in glory as the next American Idol.

Watch the drama unfold on Thursday and Friday on ITV2…
â€¦only on AMERICAN IDOL
itv2.itv.com
americanidol.com