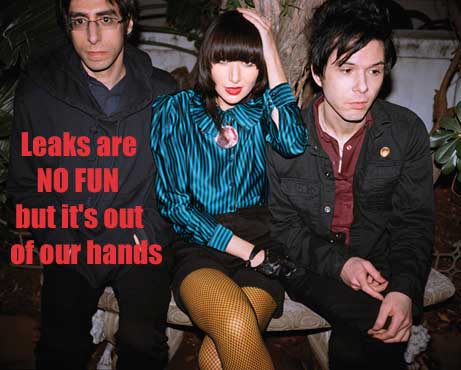 The cat’s out of the bag after IT’S BLITZ! escaped from our clutches into the big bad world last week. Why should some have and some have-not?

YYYs have been brimming with nervous excitement in anticipation of releasing this record to the world! Leaks are NO FUN but it’s out of our hands. Can’t help but ask ourselves, “What would the PHILOSOPHER do in times such as these?” We now present PART II of the SNAKESWEAT TRILOGY, Mr. Brian Chase soothing our troubled souls in THE PHILOSOPHER. LUV YYYs

Watch the second instalment of the SNAKESWEAT TRILOGY at yeahyeahyeahs.com