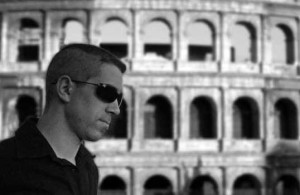 With just over a week to Planetlove WKD’s annual music extravaganza Italian superstar Giuseppe Ottaviani has just been confirmed as an addition to this year’s showpiece Love Arena!

Performing completely live via an abundance of keyboards, laptops, synthesisers, FX units and mixers the gifted musician is one of trance’s most forward-thinking and technically-gifted artists.

His shows are not solely about playing music, but executing inspiring live edits, loops and remixes while fully interacting with the crowd; feeding of their energy and progressing his set according to their responses.

Ottaviani explains; “Playing my own music live is something that really touches me. “Performing on stage allows you to get through to the people and the music itself changes and reacts to the people.”

After huge success as part of NU NRG, Ottaviani launched his solo career in 2005 and was quickly snapped up by Paul van Dyk’s Vandit record label.

Massively popular productions followed including ‘Linking People’, ‘Through Your Eyes’ and ‘No More Alone’.

And van Dyk even invited the exceptionally talented producer to collaborate on two tracks on his latest album; In Between.

Now Ottaviani is preparing to release his own debut artist album; GO! – and Planetlove WKD plays host to the official live launch party in the perfectly majestic surrounds of Shane’s Castle, County Antrim!

Featuring 14 classic trance productions from uplifting euphoric melodies to darker, chilling grooves GO! is as much a stunning example of Ottaviani’s musical prowess as it is an outstanding trance album.

‘Our Dimension’ has the privilege of being the first single from the album to be released with the Original Mix and Cressida Remix available in shops/download stores now. ‘Unplugged’ (Original Mix) is also part of the package!

GO! is released on Friday 4 September 2009 and you can Ottaviani playing many of the tracks exclusively live at Planetlove WKD the following day.

Ottaviani replaces BT who is no longer able to play the festival due to other commitments.

PLANETLOVE WKD ‘The Festival 2009’ takes place at Shane’s Castle, County Antrim, on Saturday 5 September and is supported by Cool FM and WKD.

Belfast Bus Company is running an hourly shuttle bus from Belfast City Centre (College Square North) to the festival gates from 1pm to 6pm, with a return service running 10pm onwards on demand. The fee is Â£5 each way.

A return-only service is operating from the festival to Lisburn’s Smithfield Square from 10pm onwards on demand for Â£5.

An alternative return bus service from Belfast is also available via John Quigley/www.coachestoconcerts.co.uk.