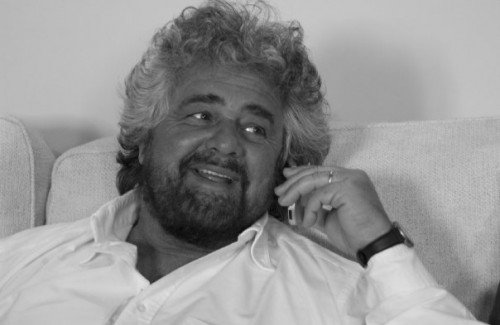 Five Star Movement leader and comedian and blogger Beppe Grillo led an historic last day of his ‘Tsunami’ campaign in Italy, when 800,000 people filled an enormous San Giovanni square in Rome, while more followed on live streams or on maxi-screens set up in towns throughout the country dwarfing and humiliating the closing rallies of his main competitors.

Grillo has built his 5-Star Movement via his blog beppegrillo.it from a fringe phenomenon into one of the most talked-about electoral forces in Europe. 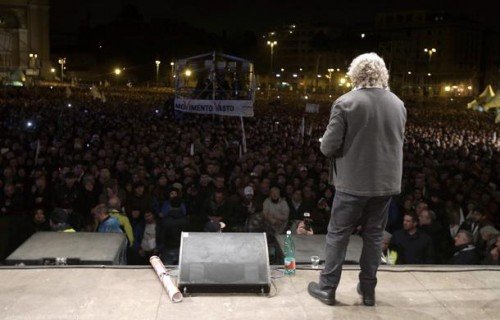 Crisis-hit Italians are fed up. And no one is tapping that vein of outrage better than comic-turned-political agitator Grillo and his anti-establishment 5 Star Movement.

Grillo filled piazzas from Palermo deep in the south to Verona up north with Italians who seem to get some catharsis from his rants against the politicians who drove the country to the brink of financial ruin, the captains of industry whose alleged illegal shenanigans are tarnishing prized companies — and the bankers who aided and abetted both. 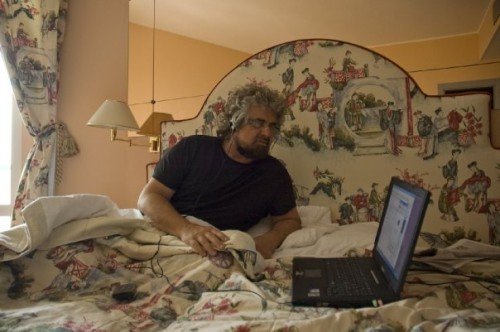 Manuela Rossetti, 30, a doctoral student in archaeology, left Italy for France along with many of her friends because she saw no future in her own country, where the economy has barely grown in a decade.

“The politicians are an elite; they are not part of Italian society anymore and they don’t understand the problems of ordinary people,” she said as she waited for Grillo to arrive. 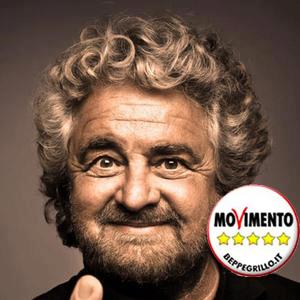 “The 5-Star Movement winning the elections is my only hope this country can change, and maybe I can return,” she said.

Grillo’s campaign is significant not only because he shows strong chances of being the third — some project even the second — party in Parliament after the Sunday and Monday vote.

‘This is not a military revolution, this is a civilian revolution,” said Claudio Pollini, a 45-year-old engineer ahead of the Rome rally. “This is not something that is left and it is not right. It something for all people in Italy.”

In a nation where the people get most of their information from television — dominated in part by Berlusconi’s media empire — Grillo eschews TV, a medium that shunned him for years, and forbids candidates running under his banner from appearing on air at the risk of being booted from the movement.

He seeks more direct contact with his followers, in piazzas and through his blog, one of the most popular in the world.

“However it goes, and whoever wins, this will be remembered as the elections of Beppe Grillo,” columnist Beppe Severgnini wrote in Corriere della Sera.