After a 15-year wait and months of eager anticipation we can confirm that the rumours are indeed true: Robbie and Take That are back together and releasing an all-new album. 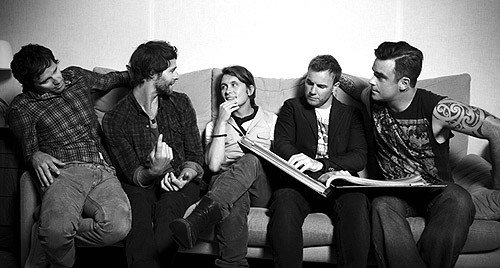 Following the reunion of all reunions in New York last September, Robbie, Gary, Howard, Jason and Mark have secretly recorded a full studio album with producer Stuart Price, which will be released later this year.

“I get embarrassingly excited when the five of us are in a room,” said Robbie, who also duets with Gary Barlow on new solo single, Shame. “It feels like coming home.” 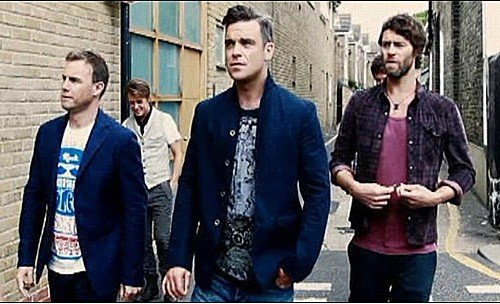 Bandmate Mark Owen added, “Getting the five of us to be in a room together, although always a dream, never actually seemed like becoming a reality. Now the reality of the five of us making a record together feels like a dream.

Itâ€™s been an absolute delight spending time with Rob again. But Iâ€™m still a better footballer.”

And what does Jason Orange think about Robbie’s re-joining the boys? “Flippinâ€™ brilliant, absolutely brilliant,” he said. “Iâ€™m over the moon that Robbieâ€™s back with us, however long it lasts. I just want to enjoy our time with him. Life is beautifully strange sometimes.”

Between them, the five-piece have have sold 80 million albums, performed to over 14.5 million people live, won 19 BRIT Awards, had 13 number one albums, 17 number one singles, eight MTV awards and five Ivor Novello awards!

Take That’s forthcoming album, which is currently untitled, will be released in November 2010, a massive twenty years since the band first performed live together in 1990. Wow!